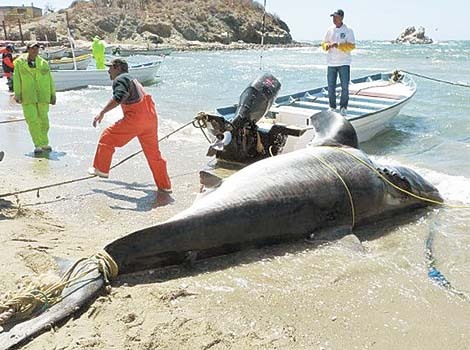 When Guadalupe and Baltazar took their 22-foot skiff out into the Sea of Cortez on Sunday, they may have been anticipating a big day on the water, but not this big!

While fishing off the coast of Sonora, Mexico, the two commercial fishermen were surprised to find a dead great white shark trapped in their net.  They became even more surprised when they realized that the shark they had just captured was among the biggest of its kind, measuring in at approximately 2,000 pounds and 20 feet in length.

According to reports, the two towed the fish two miles to the shore, where nearly 50 people were waiting to help them drag the dead predator onto the sandy beach.

So how does one put a dead 2,000 pound great white shark to good use?  According to Pisces Sportfishing, “not one scrap went to waste” as “it fed the whole town.” 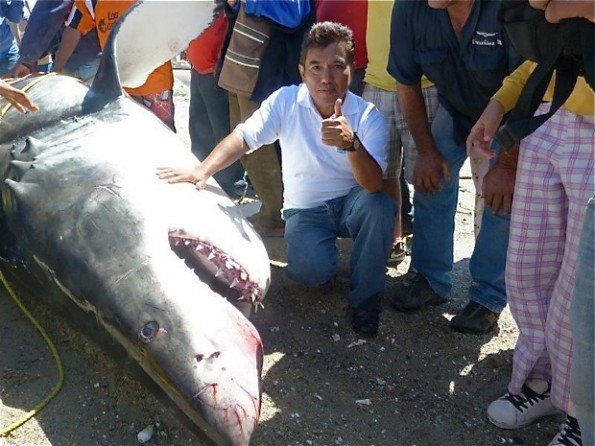 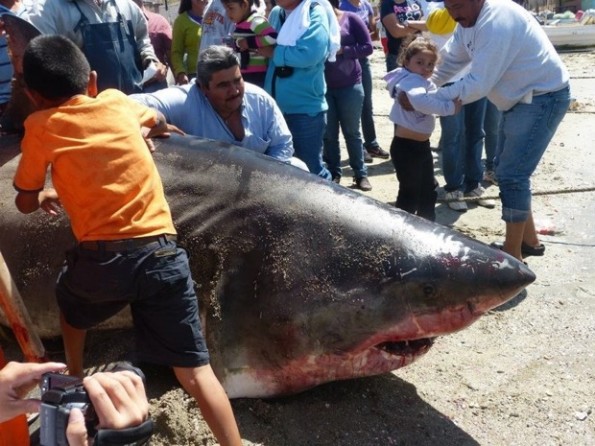