Just when you thought things couldn’t get any worse for Penn State University and the legacy and family of the late Joe Paterno, on July 12, the long-awaited Freeh Report was released to the public. It was compiled by Louis Freeh, a lawyer and the former director of the FBI, who was hired by the university’s board of trustees to investigate exactly who knew what about the PSU child sex abuse scandal.

Talk about depressing. Paterno’s legacy is pretty much in the toilet now. In fact, a political cartoonist who drew a favorable obituary cartoon when Paterno died has recently retracted his initial stance by issuing a new cartoon.

That cartoonist is Rob Tornoe. The original cartoon appeaared in the Philadelphia Inquirer after Paterno passed away in January at the age of 85. It featured legendary Alabama coach Paul “Bear” Bryant welcoming the guy to heaven, and it quickly went viral. 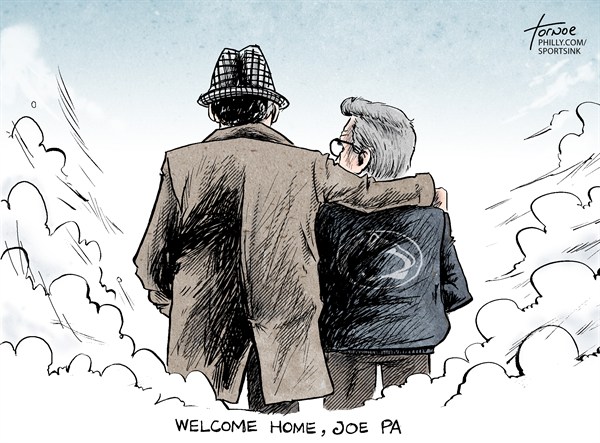 But in light of the Freeh report, Tornoe said he couldn’t live with this obituary because, in his words, “this man doesn’t belong in heaven.” So he made a new cartoon. 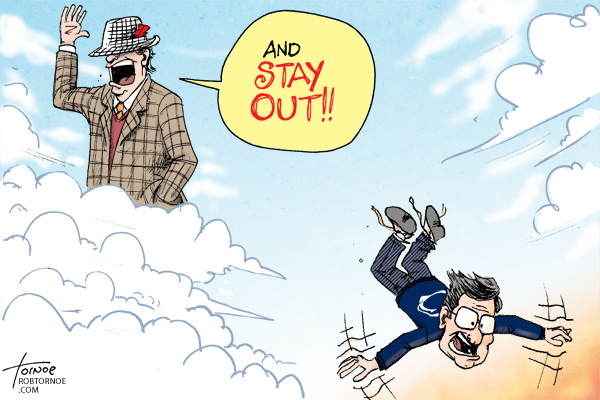 Ouch. The guy doesn’t pull any punches, does he?