Jimmy Kimmel: Turns Out A Lot Of People Think The London Olympics Mascot Looks Like A Dong (Video)
Olympics

Jimmy Kimmel: Turns Out A Lot Of People Think The London Olympics Mascot Looks Like A Dong (Video) 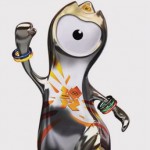 If the official logo and mascots of the 2012 London Olympics are any indication, the upcoming Games will be pretty weird.

Actually, they are already off to a weird start, since they accidentally ran the South Korean flag at a women’s soccer match featuring North Korea, which prompted the North Koreans to protest the error by refusing to take the field for 40 minutes.

Oh, and a Greek athlete was kicked off her team after she issued a racist Tweet.

But judging by the logo and mascots, we kind of expected these Games to be strange. The logo, after all, has been widely criticized from the get-go. Some people thought it looked kind of like a swastika. Then Iran filed an official complaint saying it seems to spell out the word “Zion.” And of course the most common complaint is that it look like Lisa Simpson giving…well, giving something dirty to someone she shouldn’t be giving it to.

As for the London Olympics mascots (top-left thumbnail), they’re supposed to be drops of steel.  Why? I do not know. But as Jimmy Kimmel recently pointed out, most people don’t think these one-eyed monsters look like drops of steel at all.  Instead, they look more like…well…just watch the video:

Yep, that sounds about right.