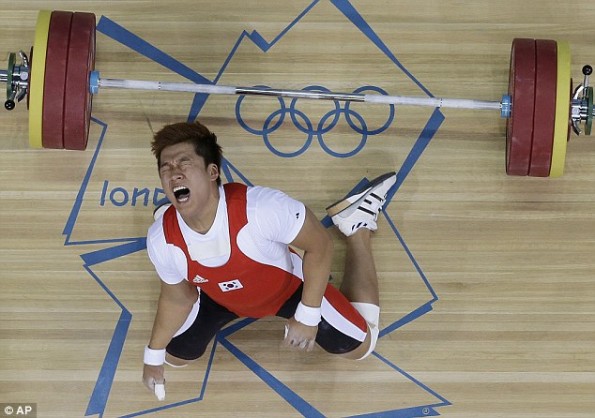 With so many athletes taking part in so many different events, the 2012 Olympic Games in London, England are bound to deliver at least a few gruesome injuries throughout the course of the two week event. We were reminded of that fact during the men’s 77kg weightlifting event on Wednesday.

The injured party in this instance was South Korean weightlifter Sa Jae-hyouk, who dislocated his elbow during his second attempt at the snatch. After successfully lifting 158kg in his first attempt, Sa upped his weight to 162kg for his second lift, but it was clearly too much for his right elbow to bear.

After winning gold in the event at the 2008 Beijing Games, and bronze at the 2011 World Championships, Sa Jae-hyouk was expected to take home a medal at the 2012 London Games, but now all he’ll be leaving with is one nasty looking elbow and the label of having suffered the “most gruesome injury at the 2012 Summer Olympics.”

And here are a few unpleasant images from the incident.