The 13 Greatest Paralympians of All Time

If you thought the regular Olympics provided a lot of inspirational stories, wait until the 2012 Summer Paralympic Games get underway tomorrow. The things most of these amazing athletes have had to deal with make the trials and tribulations of regular athletes seem like that time you went to the mall and had to park really far away.

Of course, the Paralympians don’t get nearly as much attention as the Olympians, but today we’re going to give these athletes some love. So here’s a list of the 13 greatest Paralympians of all time. You’re guaranteed to have heard of one of them; maybe you’ve heard of two or three. But for the most part, you’re going to learn a few things.

So take a look. 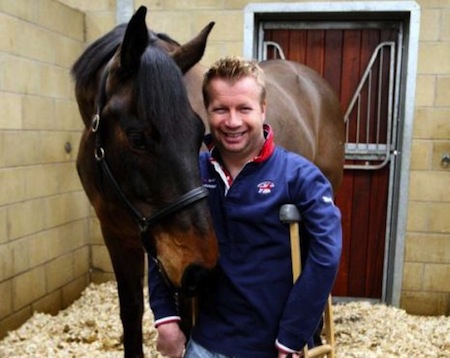 Born with arthrogryposis multiplex congenita, a condition which limits range of motion and can cause muscle weakness, Lee Pearson has competed in the last three Paralympic Games. And he's won gold in every single event he's competed in each time—dressage, freestyle dressage, and team dressage—for a total of nine. Sure, dressage (a.k.a. horse dancing) is kind of a silly sport, but it is physically demanding, and being the best in the world at anything is pretty awesome. So hats off to Lee. 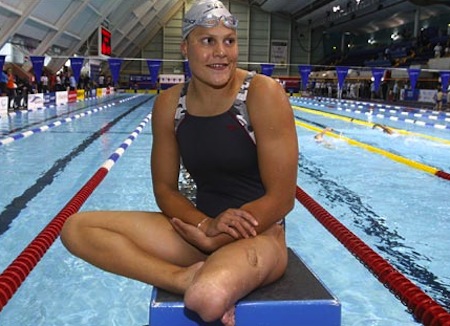 South African amputee Natalie du Toit competed in 12 Paralympic swimming events in 2004 and 2008 combines. She won gold in 10 of them. Du Toit also became the first amputee to qualify for the Summer Olympics, which she did in 2008. You can catch the 28-year-old in action again this summer, and my guess is she's going to add a few more golds to her grand total. 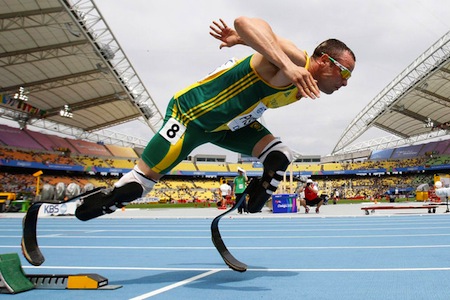 Everybody on earth knows the Oscar Pistorius by now. Legs amputated as a baby after being born with a congenital defect. Started running. Dominated the Paralympics. Won a court battle to compete with able-bodied athletes. Ran in the men's 400m and the men's 4x400m races at the 2012 Summer Olympics. Inspiration to all. But let's take a close look at his short (thus far) Paralympic career. After winning just one gold in the 200m in Athens at the age of 17, he dominated the sprinting events in Beijing in 2008, winning gold in the 100m, 200m, and 400m. That is epic domination. If he does it again this year, he'll make a big jump up this list. 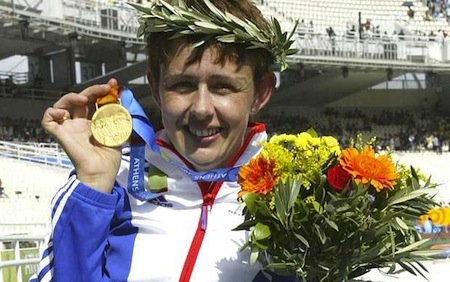 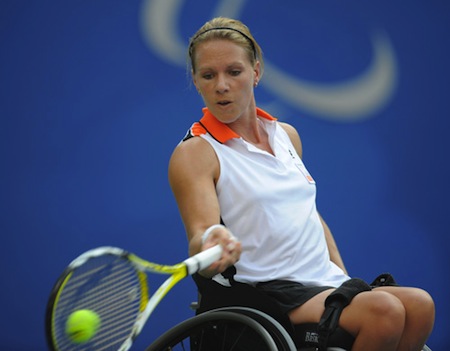 This women's wheelchair tennis player has not lost a single match since—are you ready for this?—2003. Since 2001? Just one lost. She's been ranked #1 since 1999, and she's got 21 grand slam singles titles to her name to go along with 3 Paralympics golds in singles 2 in doubles. So if you're looking for a sure thing at the 2012 Paralympic Games, bet on Esther Vergeer. 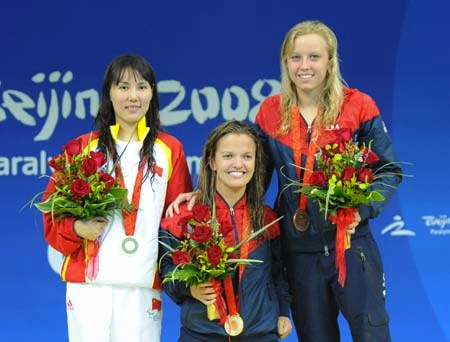 Erin Popovich was born with a achondroplasia, one of the common causes of dwarfism. However, though her physical stature may be limited, Popovich is a giant in the Paralympic pool. She's won a whopping 14 golds and 5 silvers since the 2000 Games, and at only 27 she'll probably win a couple more this year. 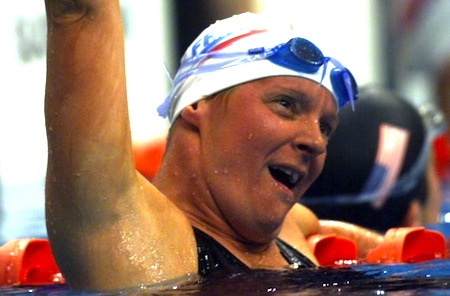 With 15 gold medals, Hess has as many paralympic victories in the pool as Popovich, our previous entry. However, I gave Hess the higher spot on the list because she has cerebral palsy, which seems like it would swimming a pretty challenging thing to do. 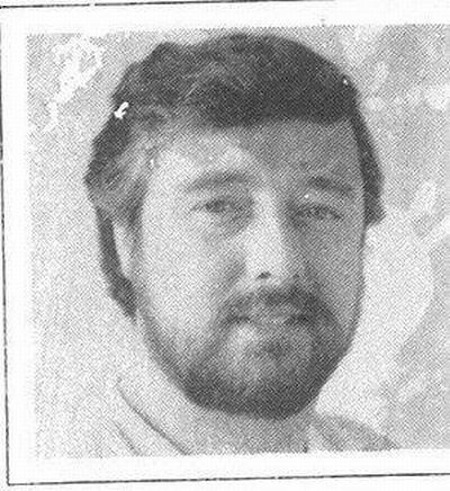 Though Tanni Grey-Thompson is the most famous British Paralympian of all time, swimmer Mike Kenny is the most decorated. From 1976 to 1988, the guy won gold in 16 out of 17 events. And to think, he only started swimming as part of his rehab from a 1971 spinal cord injury. 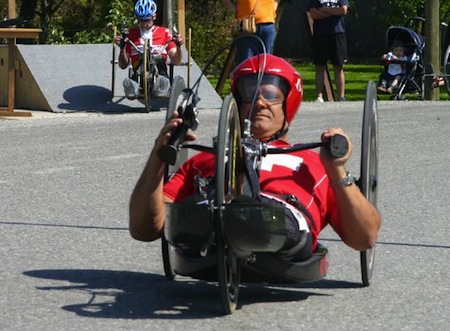 Now here is a versatile Paralympian. Though his main sport is wheelchair racing, he's also competed table tennis and road cycling. He's also an enduring Paralympian, having competed in every Games from 1976 to 2008. The results? Yeah, they're okay. Just 14 gold medals in wheelchair racing, plus another 6 silvers and a bronze. Oh, and he also got a bronze in cycling in 2004, 28 years after he won his very first Paralympic medal. So I guess you might say Franz Nietlispach is kind of a Paralympics legend. 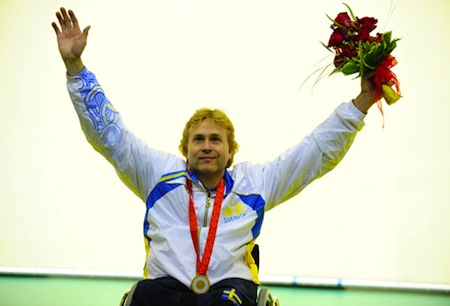 When first looking through the list of most-decorated Paralympic athletes, I kind of skipped over Jonas Jaconsson and his 16 gold medals (plus 1 silver and 8 bronzes) in shooting. I thought, well sure, he's won medals in every Paralympic Games since 1980, but it's shooting. That's a sport conducive to longevity, so you have to weigh it accordingly. But then it occurred to me that, if that were true, there should be other Paralympic shooters on the list. And there weren't. So I looked into Jacobsson a bit more and discovered that this guy is just a dominating force. And the funny thing is, since the turn of the century, he's only gotten better. 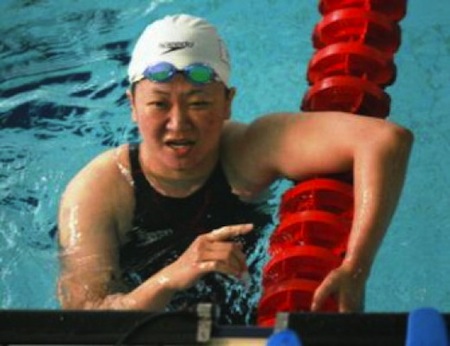 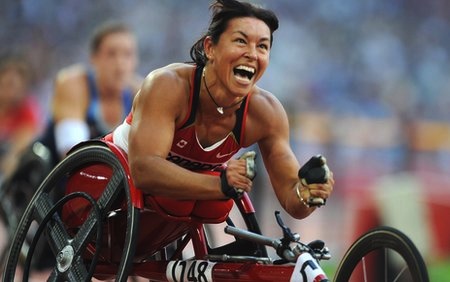 Canada's Chantal Petitclerc didn't just win 14 gold medals in women's wheelchair racing. In back-to-back Paralympic games (2004 and 2008), she swept the competition, winning the 100m, the 200m, the 400m, the 800m, and the 1500m races. And those dominating performances came at the age of 34 and 38 respectively. Only one other Paralympian has dominated her competition that much. And it is... 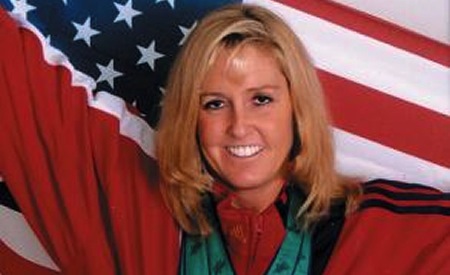 Trischa Zorn was born blind, but that hasn't stopped her from doing anything. Between 1980 and 2004, this woman won an unprecedented 46 Paralympic medal, 32 of which were gold. Just let that sink in for a moment. 32 gold medals. In 1980 and 1984, she went 5-for-5 in her events. Then, in 1988 she went 10-for-10. And in 1992, she went 10-for-12, with two lousy silvers. After that, it was all down hill. Just another 12 Paralympic medals from 1996 to 2004, with two more golds. And no, it's not like this blind woman was competing against the swimmers with spina bifida and cerebral palsy. Trischa Zorn was competing against other blind swimmers. She was just that good.