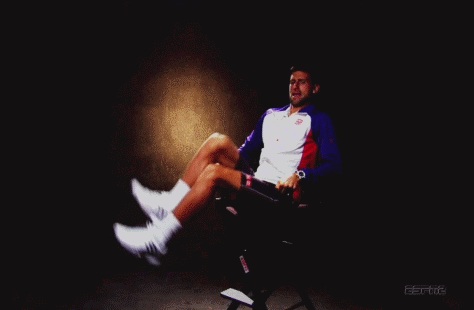 During his rise to the top of the tennis world, many of us have come to know Novak Djokovic as quite the entertaining character.  And it appears as though the people at ESPN were hoping to translate the Serbian’s humorous personality into an entertaining montage that they could air before going to a commercial break during their coverage of the US Open.

The Result: This rather awkward five second clip of Djokovic acting strange and flailing his limbs in all directions.

Maybe next time they should just make him do another one of those Maria Sharapova commercial parodies.