>Total Pro Sports
NBA
Brian Scalabrine, a.k.a. “The White Mamba,” Has His Own Highlight Video (Video)

Brian Scalabrine, a.k.a. “The White Mamba,” Has His Own Highlight Video (Video) 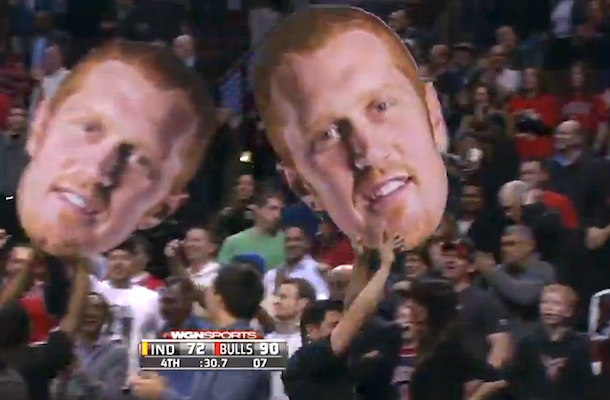 Over the course of 11 NBA seasons, Brian Scalabrine averaged 13 minutes and 3.1 points per game.

However, the fact that he was a backup power forward with limited playing time for his whole career didn’t prevent Scalabrine from winning an NBA Championship ring with the Celtics, or earning an estimated $20,126,688 over the years. And it also didn’t prevent him from becoming a fan favorite everywhere he went and earning the best ironic nickname in basketball: The White Mamba.

Sadly, The White Mamba recently decided to hang up his sneakers at the age of 34. And while you normally wouldn’t expect a guy with 1594 career points to get a special sendoff from the league, Scalabrine was actually given the royal treatment, via a career highlight video.

Seriously. The NBA made a career highlight reel tape for Brian Scalabrine!

Unfortunatley, it’s not set to the song “I Will Remember You,” but it’s still pretty good. Take a look: