>Total Pro Sports
NHL
Ever Wonder What It Would Be Like If They Played Hockey In An Ancient Roman Coliseum? Well Here You Go (Pics)

Ever Wonder What It Would Be Like If They Played Hockey In An Ancient Roman Coliseum? Well Here You Go (Pics)

While the NHL has been busy trying to resurrect (or kill, depending on who you ask) hockey in North America, the folks running Croatia’s only professional team—Medvescak Zagreb of the Austrian Ice Hockey League—have been busy coming up with and carrying out the most awesome idea ever—namely, playing a professional hockey game in a 2,000 year old Roman amphitheater.

Yes, as we told you last week, Medvescak Zagreb decided to put a rink in the ancient Roman coliseum in the town of Pula, Croatia, and play two games there to kick off their 2012 season. And while some people (myself included) were a little skeptical about how the event would turn out from a technical standpoint, given that this little Mediterranean town isn’t the coolest place this time of year, everything went off without a hitch.

The home team lost Friday night’s opener against Olimpija, 3-2, but they won the second game against the Vienna Capitals 4-1…not that anyone really cared. Everyone was there just to experience hockey in a remarkable setting.

And it certainly was remarkable. Take a look. 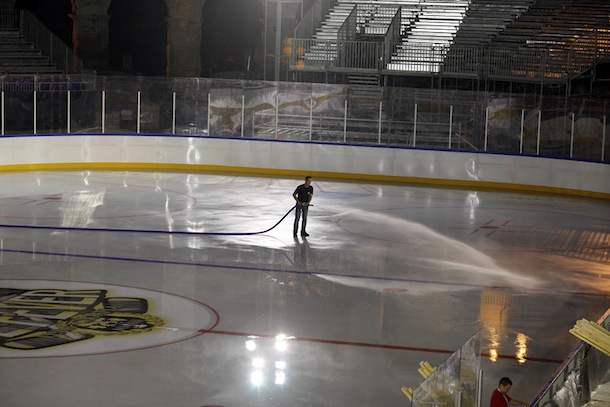 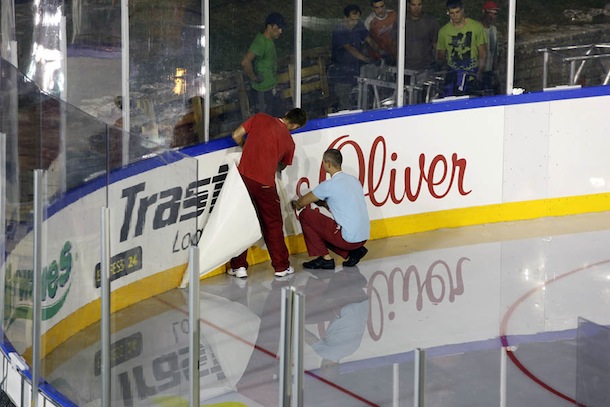 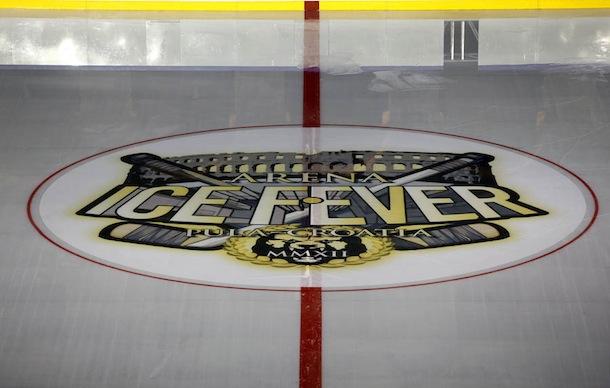 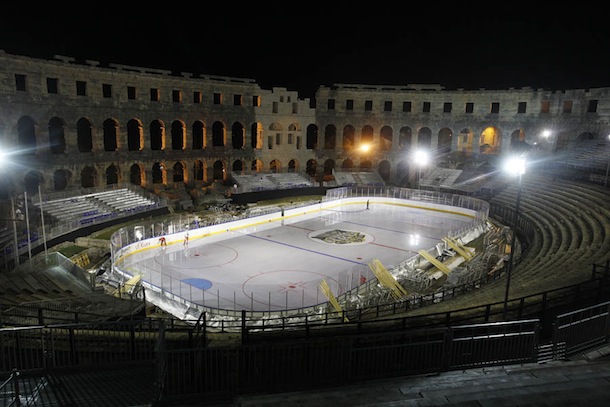 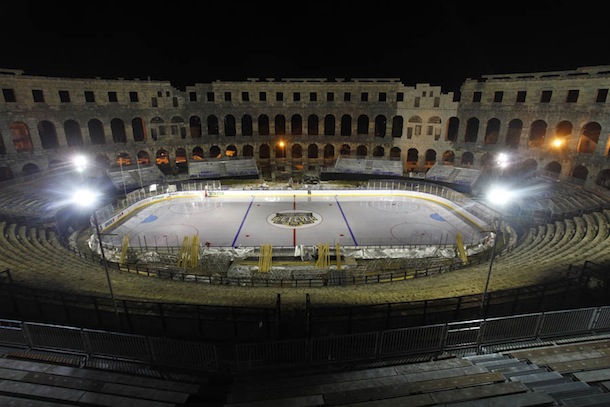 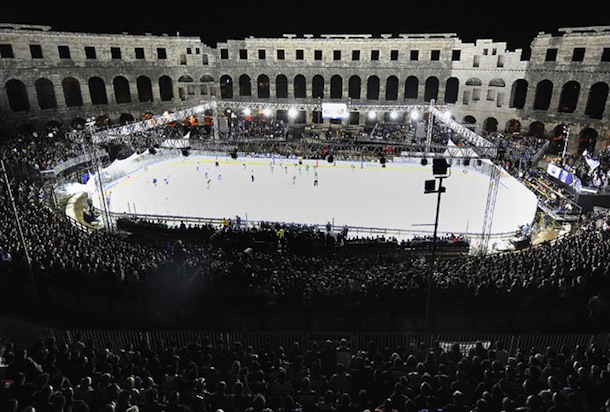 Eat your heart out, NHL.