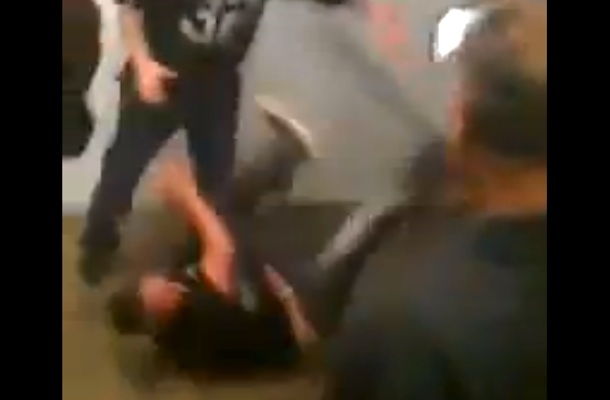 If you ever find yourself at a Raiders game, behave the same way you would behave if you fell into the bear pit at the zoo. That means making only subtle movements and never, ever make eye contact—not even with the beer guy. Why? Because you do not want to piss off a Raiders fan. It is apparently really easy to do, and they will not hesitate to kick the crap out of you.

We’ve already been taught this important lesson a couple of times this season, and we’re just now starting week three.

But just in case you don’t believe me, check out this video. It demonstrated what happens when you cut in line in the men’s room at a Raiders game.

I’m not sure what would be worse: getting kicked and punched, or rolling around on the piss-soaked bathroom floor.

In any case, that was just an example of what they do to fellow Raiders fans.  Imagine if that person had been wearing a 49ers jersey.