Behold The “Official Song” Of The NHL Lockout (Video)
NHL

Behold The “Official Song” Of The NHL Lockout (Video) 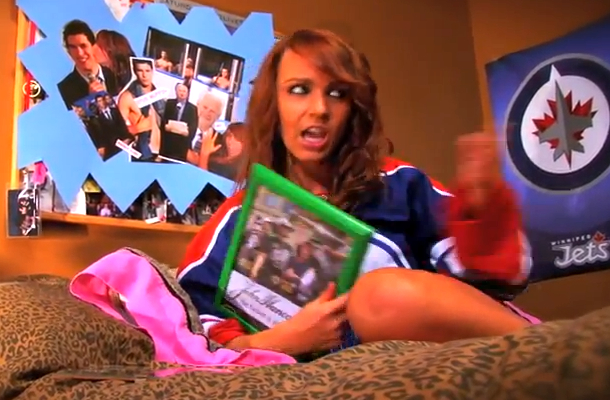 What do you get when you combine a new Taylor Swift song about Jake Gyllenhaal, a couple of country music radio DJs from Winnipeg, and the NHL lockout?

You get “The Official Song of the NHL Lockout.”

A few weeks ago a DJ from QX104 FM in Winnipeg, Manitoba, named Jonathan Best had a great idea: take Taylor Swift’s “We Are Never Getting Back Together,” which is a breakup song about Jake Gyllenhaal (apparently), and turn it into a song about the “breakup” between NHL players and owners. And it was pretty simple, really. All he had to do was change the “we are nevers” to “are you evers” and throw in a few references to Gary Bettman and Don Cherry. Then he enlisted the help of fellow QX104 DJ Vicki Shae and the two recorded a song, filmed a video, and boom—instant viral hit.

While the song is a little Winnipeg-centric, I think any fan of NHL hockey can still appreciate the sentiments it expressed. Also, Vicki Shae, it turns out, is kind of hot, and a pretty good singer.

So take a look:

Not bad, right? I guess Winnipeg is the Nashville of the Great White North.