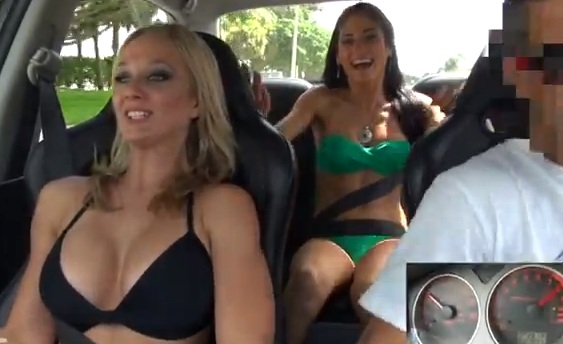 Providing footage of hot, busty women being driven around in fast cars has become quite the common occurrence here at TotalProSports over the past week, or so.  And in an effort to continue that trend—which we’re assuming you’ve all been enjoying—we have yet another video of a sexy woman being taken for a ride.

So, how does this video stack up against the others we have recently shown you?  Well, I’d have to say that it is at least twice as good, seeing as how it features not one, but two busty babes in bikinis driving around in a 900 horsepower EVO IX.

Check it out now, and you can thank us later: