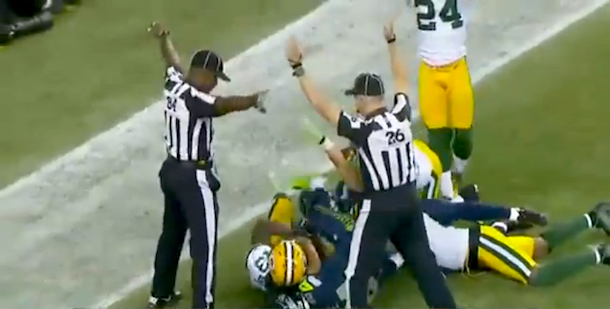 Well, it’s official: the NFL’s replacement referees suck, and the entire football-loving world has had enough.

Since the start of the preseason, not a week has gone by that we haven’t seen at least one notable screwup from these clowns. They’re trying their best, of course, but they’re in over their heads. And last night’s disastrous ending to Monday Night Football was the straw that broke the camel’s back.

You heard about this, right? Down 12-7 with 8 seconds left in the game, Seahawks QB Russell Wilson threw a Hail Mary into the endzone from 40 yards out, and it was caught. Or maybe it was intercepted. It depends on which of the two conflicting calls from two conflicting replacement refs you want to believe.

Seriously. There were two simultaneous conflicting calls on the last do-or-die play of the f#[email protected] game. So they reviewed the play and…still got it wrong?

Sweet merciful crap. If you haven’t seen it, check it out:

Unless you’re one of the seven people in the industrialized world that isn’t on Facebook, you no doubt saw people screaming about this embarrassment on your newsfeed late last night and early this morning.

But it wasn’t just fans who were sounding off about this after the game. A ton of NFL players and other notable sports personalities took to Twitter to have their say. 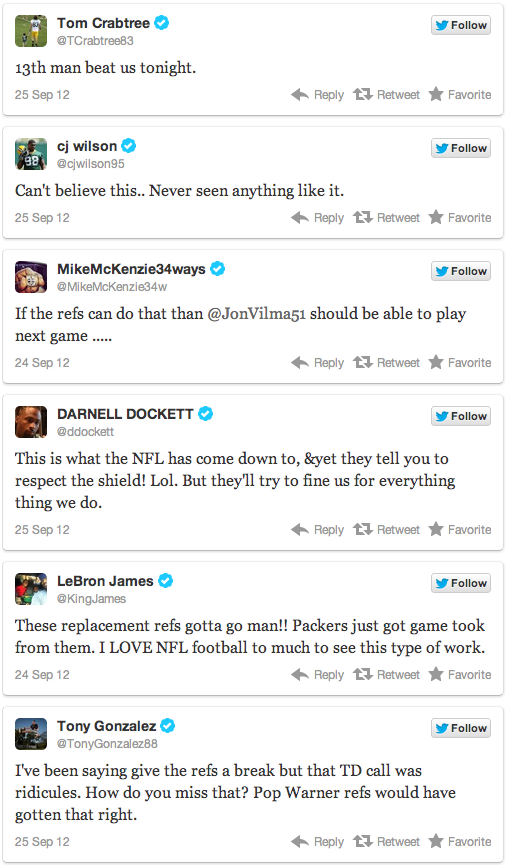 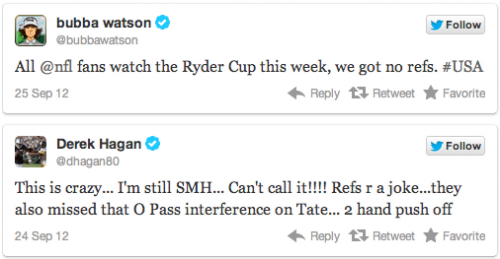 I think Bubba Watson has a point. I think I’ll watch the Ryder Cup this weekend instead of this NFL nonsense.