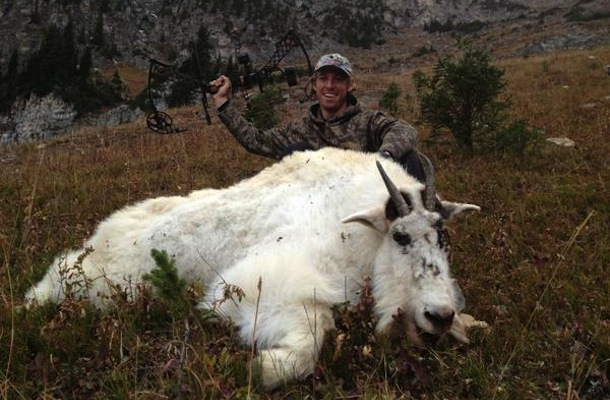 With the NHL lockout going strong for a month now and with no end in sight, many players have signed on with European teams to keep their skills sharp for whenever play does resume here in North America. However, not all players have taken that path. Some have decided to stick around and pursue other interests.

How do we know this? Because yesterday he tweeted a pic of his most recent trophy kill. 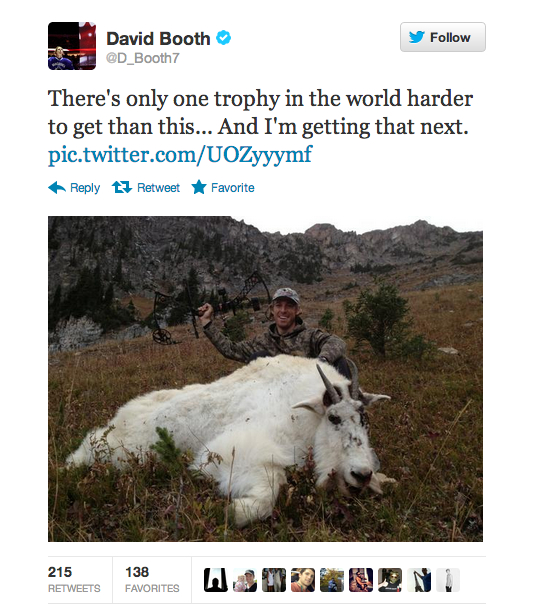 Yeah, that’s one huge mountain goat. If I were a hunter and I killed that with a crossbow, I imagine I would want to tweet about it, too.

However, in Booth’s case, you might think he’d keep his beast-slaying exploits on the down-low. You see, back in May, after his President’s Trophy-winning team was eliminated from the playoffs in the first round, he posted video of him baiting and killing a grizzly bear.

Of course, hunting grizzlies is legal where he was, in Alberta, but it’s illegal in 18 U.S. States and British Columbia, and kind of frowned upon given that grizzlies are listed as “threatened” and even “endangered” in various parts of North America. Plus, the baiting technique used isn’t considered the most sportsmanlike way to go about things.

But who knows the story about this goat. Maybe it was terrorizing some townspeople and stampeding their chihuahuas or something. In other words, maybe the goat had it coming.