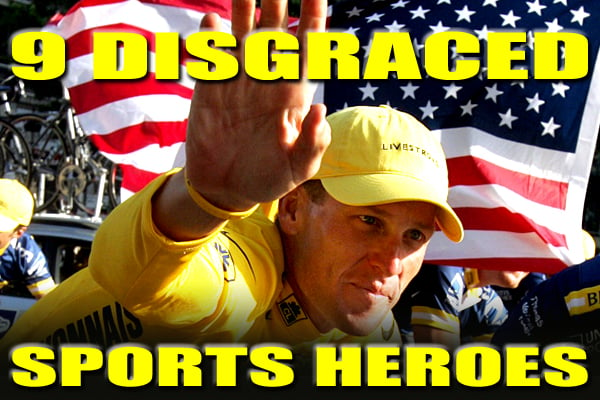 We love turning sports stars into heroes. Is it fair or rational to do so? Maybe, maybe not.

On the one hand, pro athletes are just people like you or me, the only difference being that they were born with innate abilities the rest of us don’t have. Why do we expect them to serve as role models when you don’t expect the average guy walking down the street to serve as a role model? On the other hand, we do have some expectations for the average guy walking down the street. For example, we expect that he won’t be spewing obscenities, and that he will be wearing pants. And shouldn’t people getting paid millions of dollars to play sports be considered kind of a privileged? And isn’t it the fans who indirectly pay their salaries? And so don’t we have the right to expect these guys to live up to certain standards?

Well, however you feel about the issue, the fact is we do turn sports figures into heroes and, inevitably, some of them let us down. In fact, just today we learned that the biggest sports hero of his generation—Lance Armstrong—will be officially stripped of greatest accomplishments. So you know what that means: it’s the perfect time to take a look at the most disgraced sports heroes of all time.

Where does Lance fit in? You’ll have to keep reading to find out. So lets’ get started. 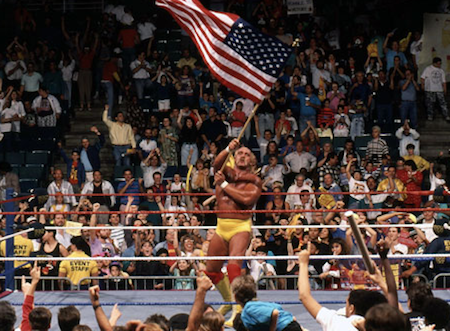 Some might wonder whether you can call Hulk Hogan a sports hero given that everything about his was fake—including his persona and, most importantly, his victories. However, I say that it's precisely because everything about Hogan was fake that he was such a hero. The guy won his first WWF title by defeating the America-hating, terrorist-loving Iron Sheik. And pretty much every single match featured the wholesome Hulkster falling behind and coming to the brink of defeat before picking himself up, rallying, and winning. Isn't that basically the premise of every feel-good sports movie ever made? I mean, little kids (and naive adults) just ate that stuff up. So, yeah, he was a hero. And that's what made the recent sex tape scandal so incredibly bizarre—it soiled the fond childhood memories of millions of people. 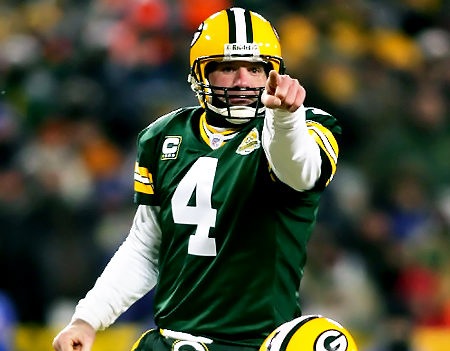 Brett Favre was the iconic, rugged, All-American ironman quarterback playing for an iconic All-American, fan-owned franchise. I mean, the guy was a spokesman for Wrangler jeans, which I think they only sell at Walmart. So you know he was wholesome. He was so beloved, in fact, that when he admitted that he had addition to Vicodin back in 1996, no one condemned him. The guy was a quarterback who played every game! Of course he got addicted to painkillers! How could he not? Besides, he totally cried at the press conference, and that takes a real man. But then, you know, Favre texted a picture of his dong to a sideline reporter while he was playing for the Jets. And that kind of sullied his reputation as a hard-workin' family man. Funny how dong texts can do that. 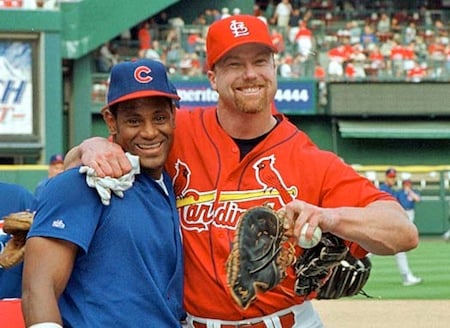 Sammy Sosa and Mark McGwire revived America's interest in baseball back in 1998. Since the 1994 lockout that cancelled the World Series, the country had been kind of luke-warm toward the sport. But when these two guys engaged in an epic race to see who could be the first person to break Roger Maris's single-season home-run record—the most cherished record in American sports—and suddenly baseball was on the front page of every newspaper again. It was almost too good to be true. And of course, it was. Turns out, they were both juiced out of their minds. It just took Barry Bonds to make us realize it. Then we all felt pretty dumb for being so naive and buying into the hype of the great home run race of '98. 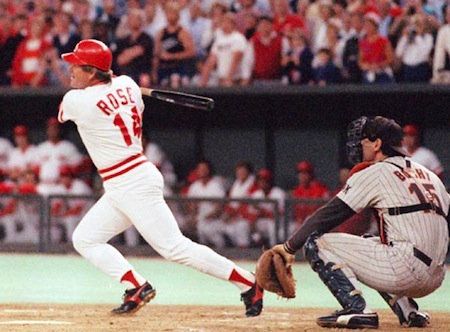 Pete Rose, a.k.a. Charlie Hustle, was baseball's ultimate blue-collar hero. No one played harder than Rose, and no one wanted to win more than Rose. His determination was an inspiration to millions, and it led him to become baseball's all-time hits king on September 11, 1985, when he surpassed Ty Cobb by cracking his 4,192nd hit. Yay! True American hero! Then it was revealed that, while he was playing for and coaching the Reds, Rose bet on baseball games. Every day. And while he maintains that he never bet against his team, that doesn't really matter—you can't place a bet on a game in which you are taking part. It's just too dirty. Hero status: revoked. 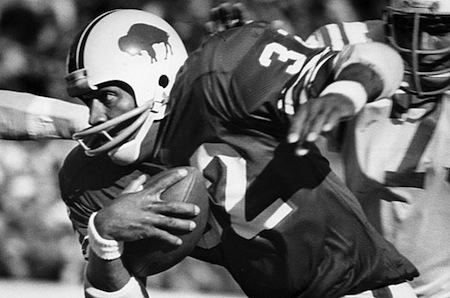 Orenthal James Simpson was one of the greatest running backs in the history of football, and that, combined with his good looks and charm, made him one of the most popular athletes in America. He then used his fame to become a successful actor, appearing in such films as Roots, The Towering Inferno, and, of course, the Naked Gun trilogy. Then, according to a jury of his peers, he totally didn't stab his ex-wife to death outside her condo in Brentwood. However, nobody else believed that. And O.J. went on to prove himself a douche in other ways—like when he wrote that book called If I Did It and made money off the murders. 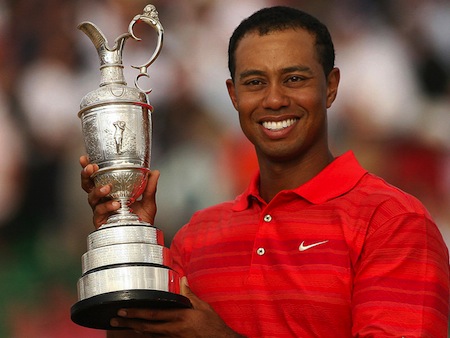 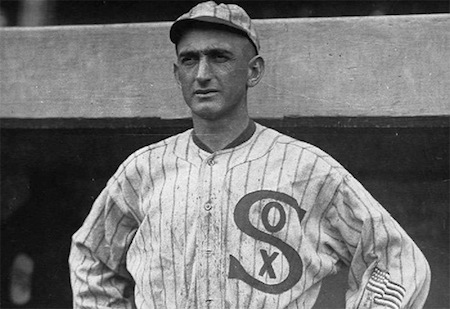 This is probably the only disgraced athlete on this list who really didn't do what he was accused of. You all know about the infamous Black Sox Scandal, right? Basically, a group of Chicago White Sox players were bribed by some underworld types to throw the 1919 World Series. At the time, "Shoeless" Joe Jackson was thought to be one of these players, and he apparently was made to look bad in court proceedings. However, it turns out that the guy was probably illiterate, and thus was most likely misled into signing admissions and other untrue statements by the team's lawyer—who was out to make sure the ownership didn't look bad. On top of that, the other 7 players involved in the scandal always said that Jackson was never present at any of the meetings in which they planned how they'd tank the series. And, of course, there's the fact that Jackson had a Series-leading .375 BA and hit the Series' only home run. Nevertheless, Jackson was banned for life from Major League Baseball. And a fictional new report from the time (yes, those were common) quoted a made-up kid as saying, "Say it aint so, Joe," outside the courthouse. 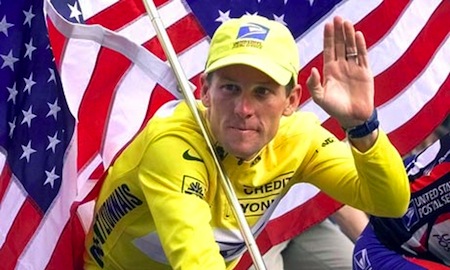 Lance was the greatest sports hero of his generation, a guy who beat testicular cancer and then won the Tour de France, one of the greatest sports events in the world, a record 7 times. Then he used his fame for good—inspiring others and raising money for cancer research at the same time with his Livestrong movement. And the thing that made his story so powerful was that he supposedly accomplished everything with nothing but hard work and determination. (Just take a look at his 2001 Nike commercial.) But of course, it turns out that it was all a bunch of lies. Sure, we ignored the claims of PED use for years when they were coming from the French sporting press. But then the United States Anti-Doping Agency investigated Lance, and what they found, through the testimony of 11 of his teammates, was that he helped orchestrate "the most sophisticated, professionalized and successful doping program that sport has ever seen." And now the International Cycling Union, the sport's governing body, has announced that they are stripping Armstrong of his Tour de France titles. Yep, it's pretty depressing. 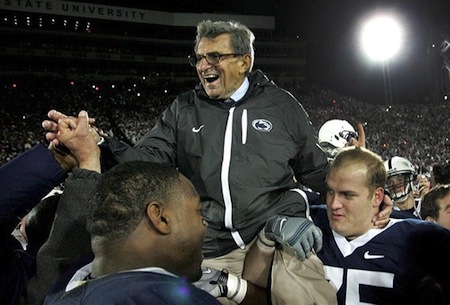 Speaking of depressing, how about the case of Joe Paterno? He was only the winningest and most respected D-I college football coach ever, having led Penn State to two National Championships and 37 bowl appearances. But of course, you know what's happened. Last November, former assistant coach Jerry Sandusky was arrested for child abuse, and an investigation revealed that Paterno had, at minimum, not taken sufficient actions to alert authorities or, at maximum, actively tried to cover up the abuse. Either way, it's pretty despicable, and as a result the 85-year-old CFB legend was fired. If you ask me, that's the biggest fall from grace in the history of sports.