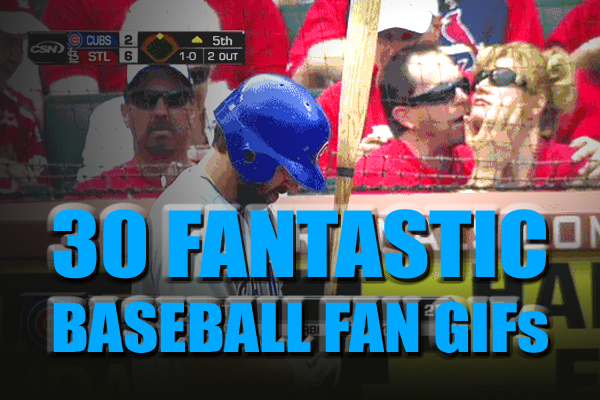 Well, the 2012 World Series is officially underway. And since the games are once again being telecast on Fox, you know what that means: out of every four-hour broadcast, a good forty-five minutes will be dedicated to close-ups of fans nervously biting their nails and covering up the bottom halves of their faces with their cupped hands. Because, hey, it’s October, and there’s drama.

So since everyone apparently loves watching the fans so much, I thought, in honor of the World Series, why not do an entire list of baseball fan GIFs? Of course, the GIFs on this list aren’t of people just standing around, nervously watching baseball. Well, a few of them are, but most feature fans being a bit more interesting than that. So check ’em out. You won’t regret it.