The highly anticipated U.S. Presidential election is just one day away, and while most Americans right now are probably thinking about whether they should cast a vote for Republican candidate Mitt Romney, or current President Barack Obama, the quarterbacks of the NFL have another vote on their mind: the NFL MVP vote.

With 15 touchdown passes in his last four games (all Packers victories), Aaron Rodgers seems to think that he is destined for back-to-back MVP honors, but Matt Ryan, Peyton Manning and the rest of the NFL’s elite quarterbacks don’t seem to agree.

Will they all finally settle on a consensus MVP?  Read their Facebook conversation below to find out: 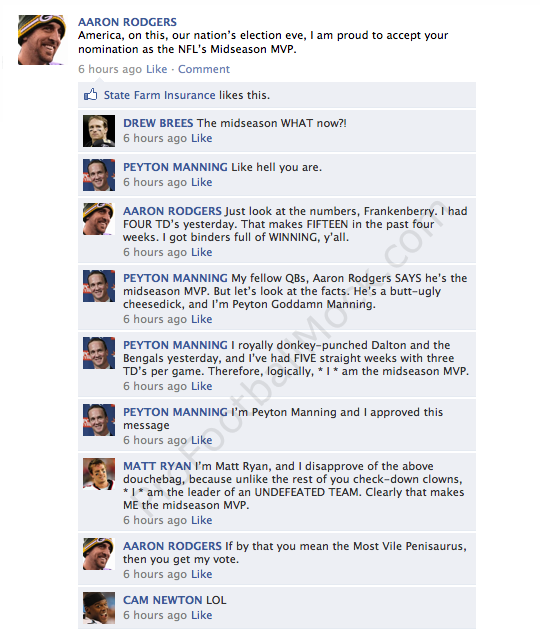 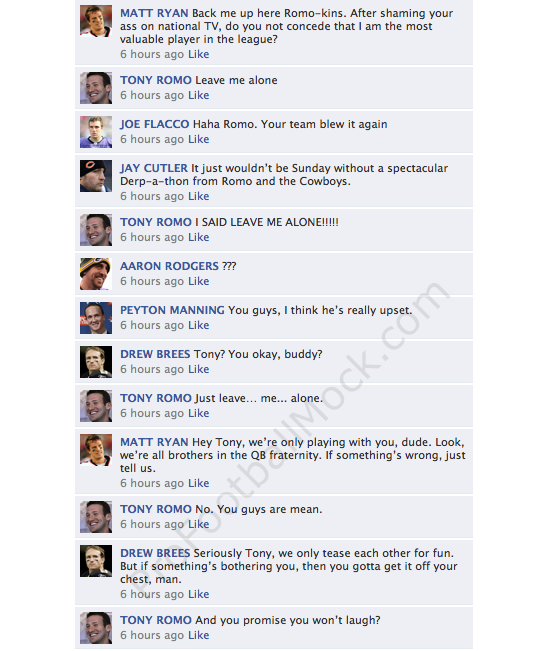 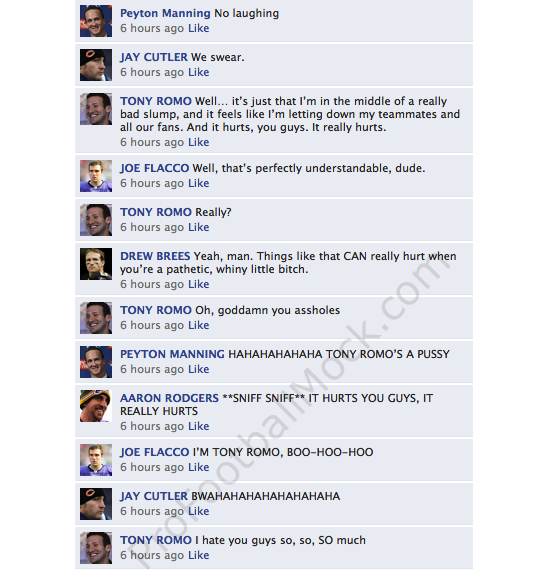 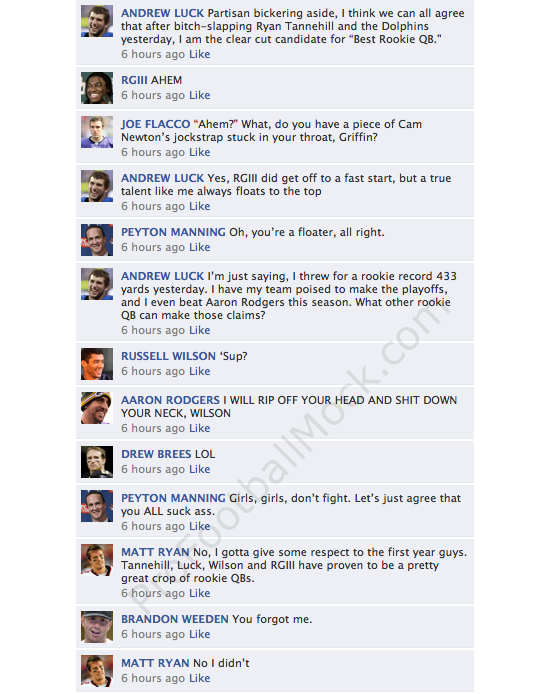 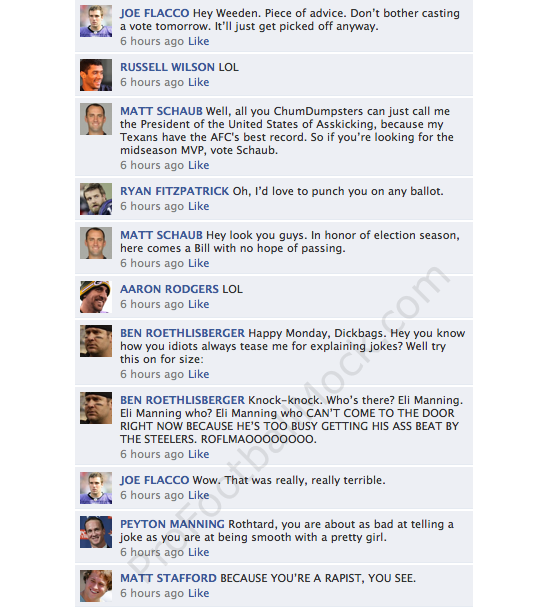 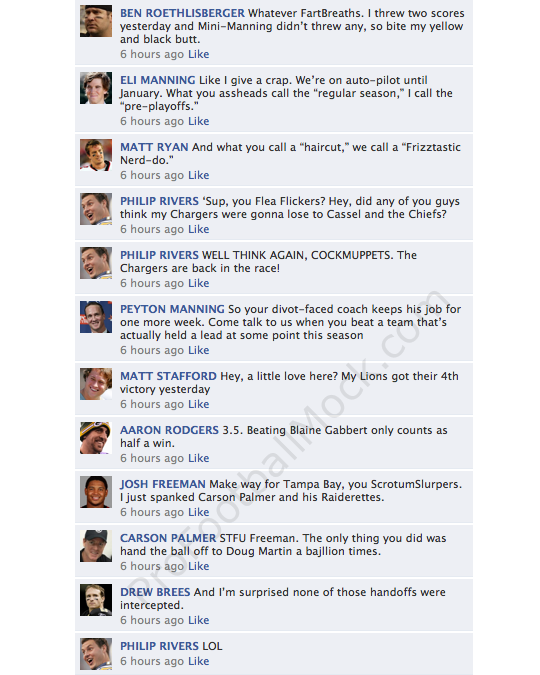 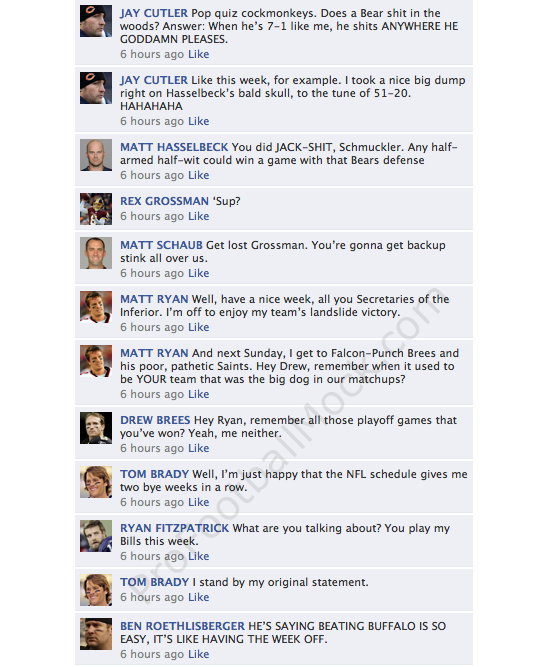 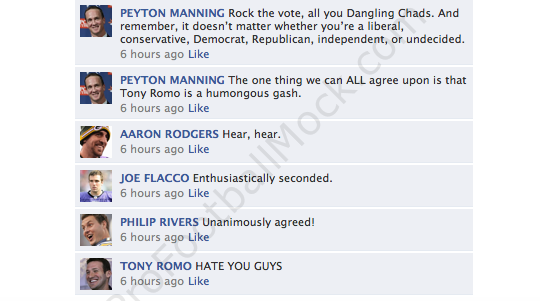