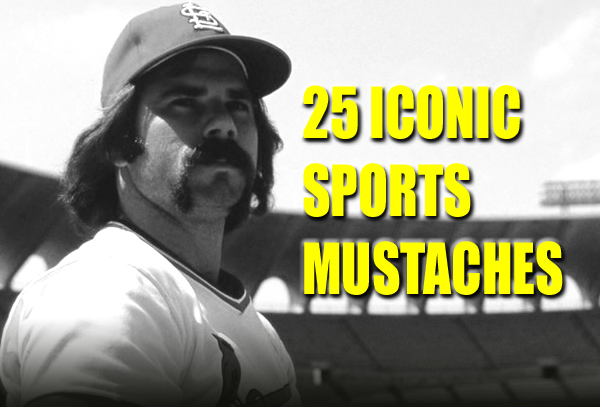 Well, it’s November again, and you know what that means: terrible mustaches, everywhere you look. It’s all in the name of charity, of course. Back in 1999, some dudes drinking beer in a pub in Australia decided to grow mustaches throughout the month of November to raise money for charity. They called it “Movember,” and a tradition was born. Now, all over the globe, men are growing mustaches to raise awareness and money for prostate cancer research.

Of course, no where has Movember caught on as in the world or sports. Every year sports personalities of all kinds—from athletes to coaches to media folk—grow Movember mustaches to help raise awareness of men’s health issues. Some of these staches are pretty terrible. But some are kind of amazing.

But it’s not like amazing mustaches are a new phenomenon in the sports world. For as long as grown men have been paid to play children’s games for a living, there have been iconic mustaches. And today, in honor of Movember, we bring you 25 of these iconic lip rugs. Enjoy, and get inspired! 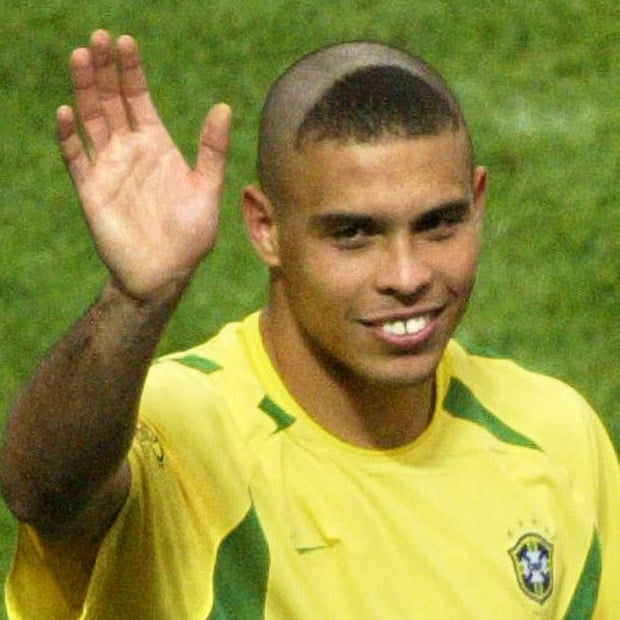 Brazilian soccer legend Ronaldo tried valiantly to revolutionize the mustache by growing it on his forehead instead of under his nose. Obviously, it didn't catch on. 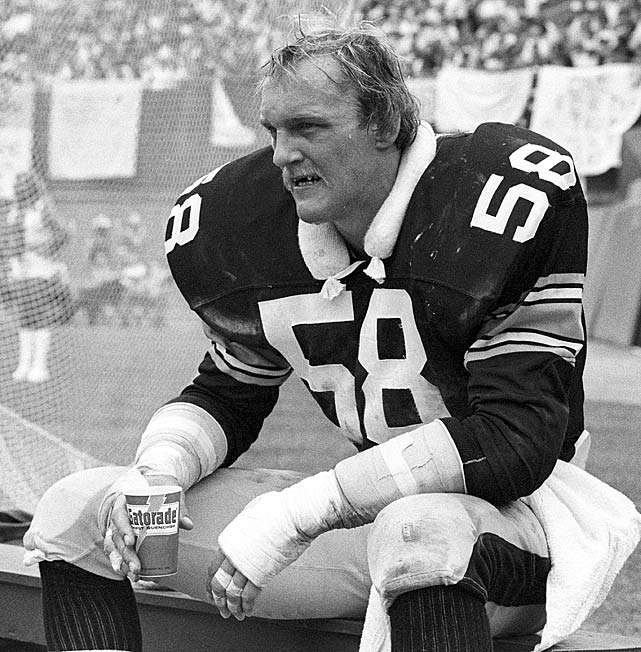 Steelers legend Jack Lambert didn't always have a mustache. But when he did he was the meanest, most badass-looking guy in the league. 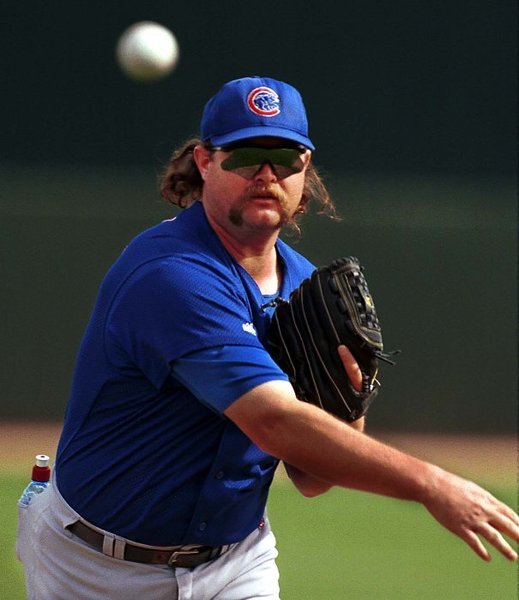 The late Rod Beck was part of a rich tradition of wild facial hair among baseball pitchers. He looked like somebody who'd threaten to kick your ass at a bar for accidentally taking his stool, and that, I think, was intimidating to batters. 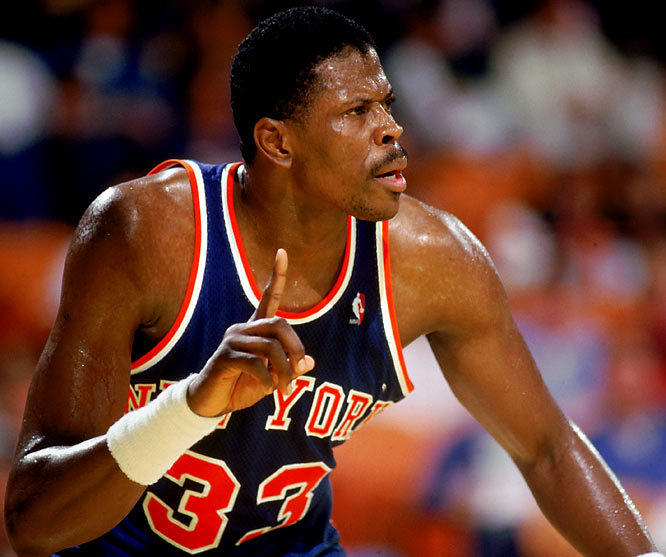 Patrick Ewing has had this smooth little 'stache since his Georgetown days. He's obviously very attached to the thing. It's not going anywhere. 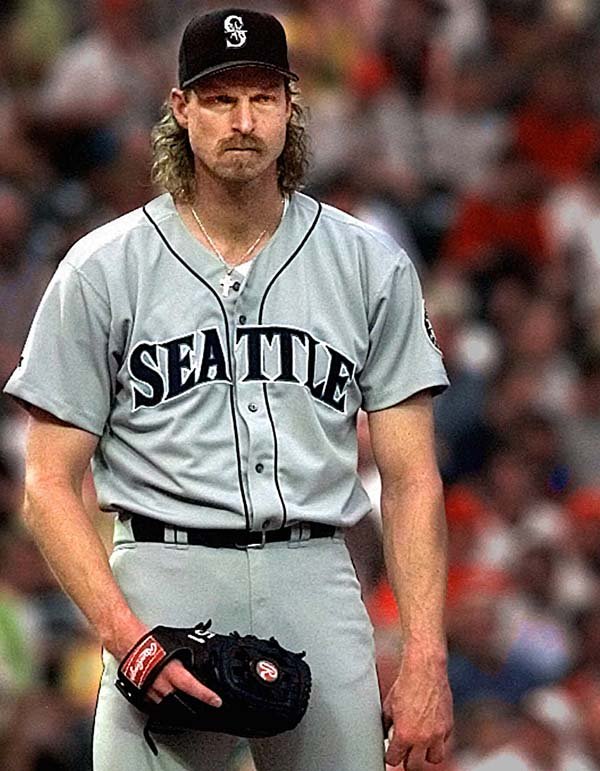 Randy Johnson looks like he could be Chad Kroeger's dad. He's probably not, but I bet Randy loves Nickelback. 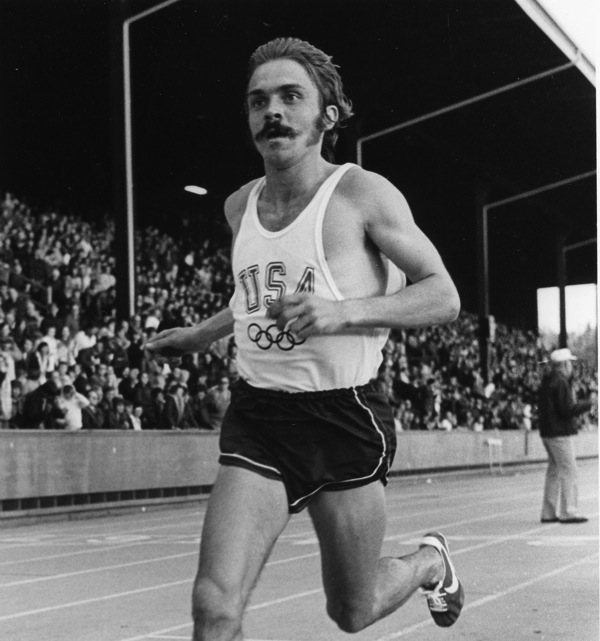 Somehow Steve Prefontaine, who died tragically at the age of 24, managed to become famous and appear on the cover of Sports Illustrated without even winning an Olympic medal. Some say it was his rebellious attitude and inspiring competitive spirit. Me? I say it was the mustache. 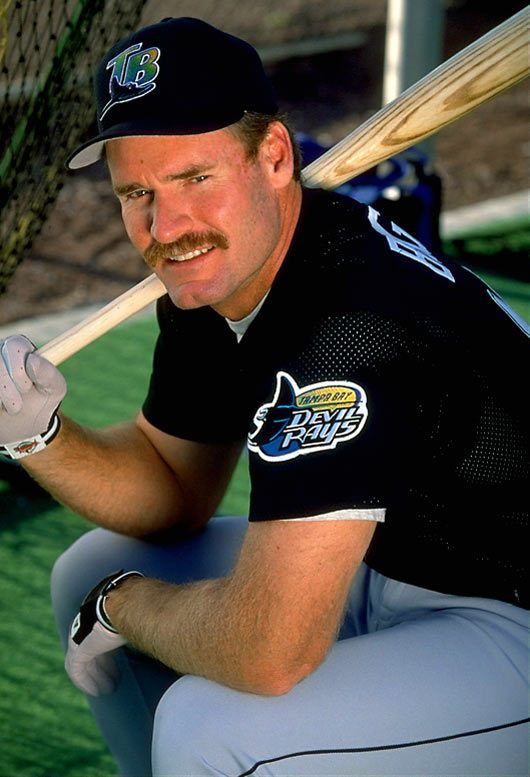 Can you even imagine Wade Boggs without the mustache? No, me neither. 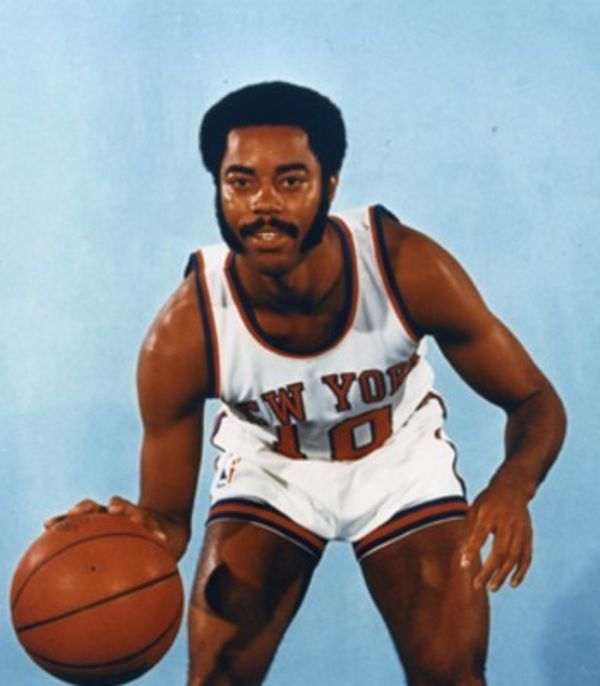 Walt Frazier's mustache was so awesome that it got him a sweet endorsement deal with Just For Men long after his playing days were through. That's putting your 'stache to work. 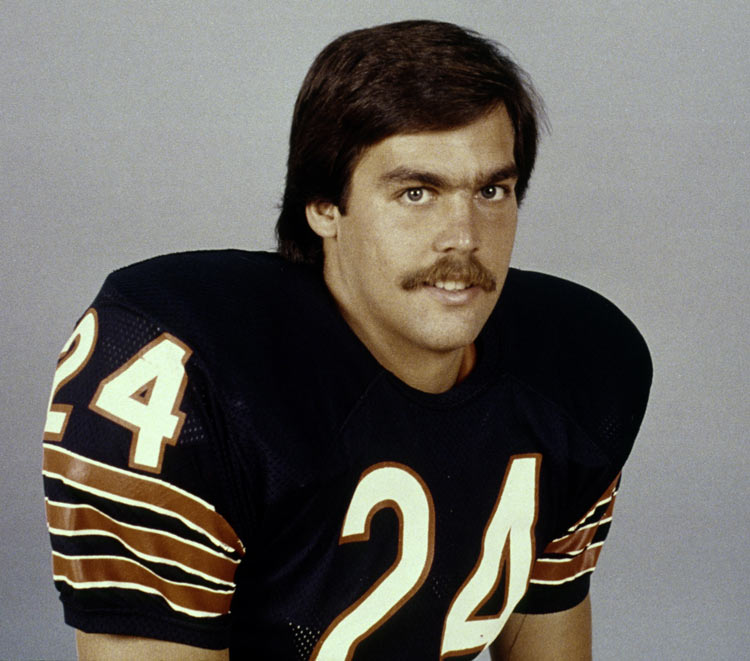 Jeff Fisher's upper lip hasn't seen the light of day in a long, long time. The St. Louis Rams coach was drafted by the Bears in 1981. His mustache has not changed since. (Well, except for a few more gray hairs.) 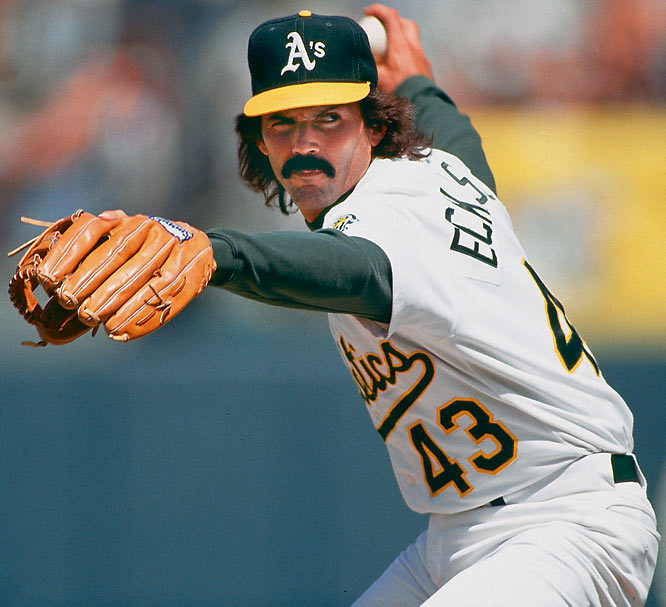 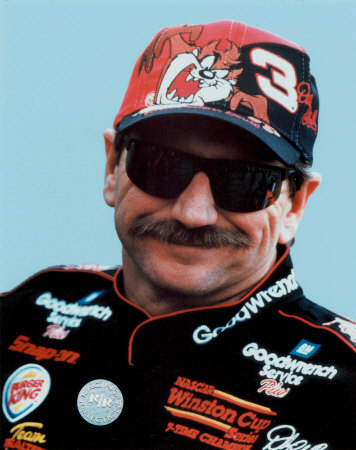 Sometimes a mustache makes a guy look creepy. But not with the late great Dale Earnhardt. He looked like a nice guy no matter what. 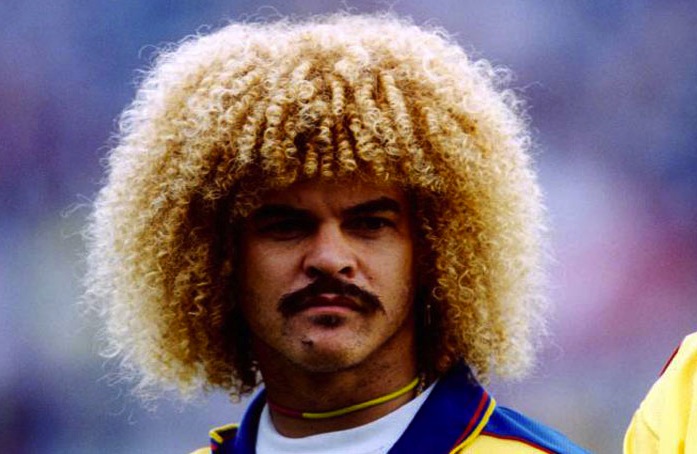 Former Colombian soccer star Carlos Valderrama had one of the skeeziest looks in the history of pro sports. 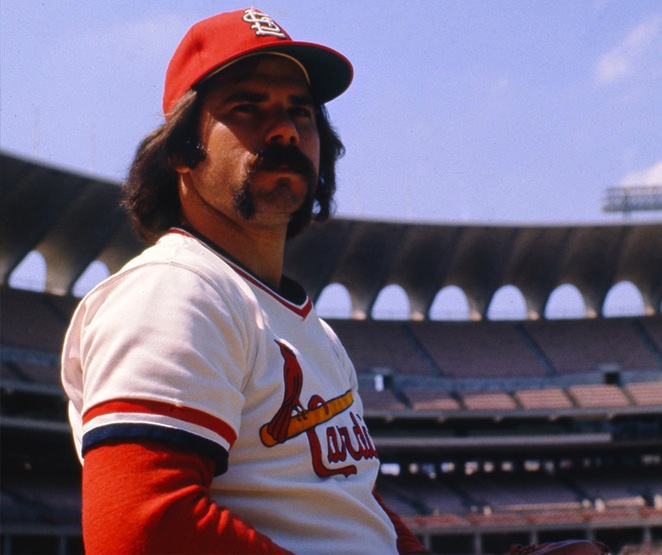 They called this guy "The Mad Hungarian." He was a pioneer of the Fu Man Chu mustache in baseball. (See Beck, Rod.) 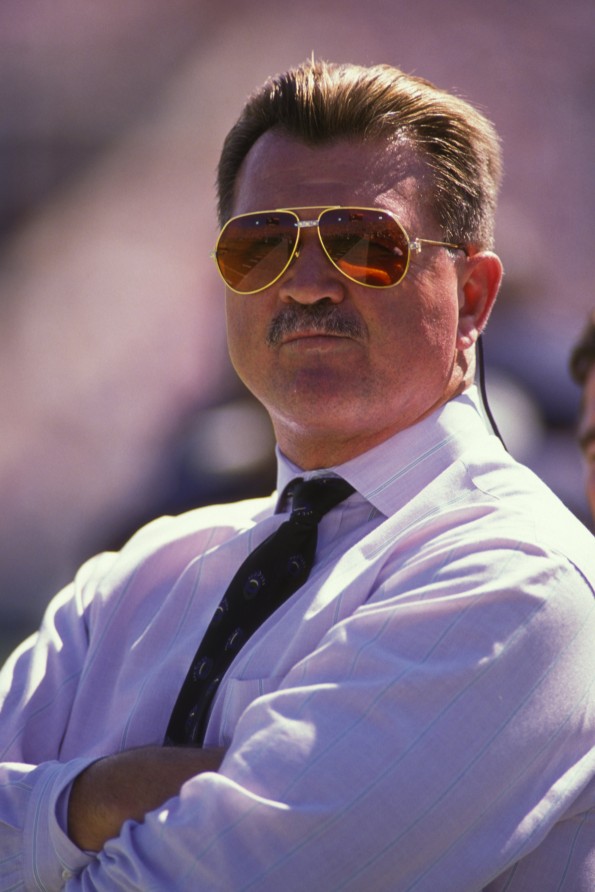 Ditka is such a badass. 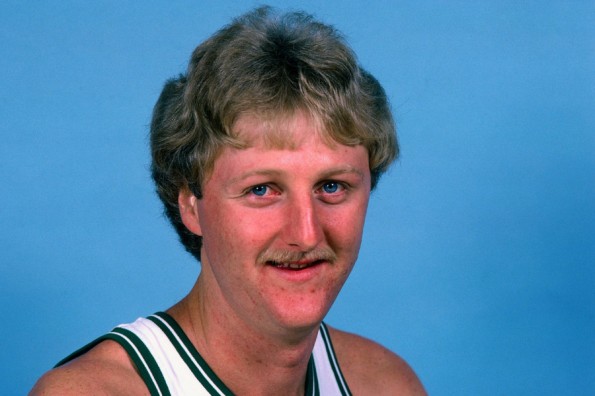 Larry Bird is one of the all-time greats in the game of basketball, but a cool cat he was not. 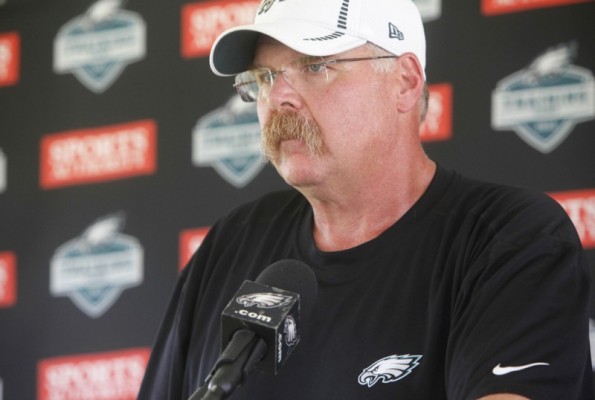 Eagles coach Andy Reid uses his sweet walrus mustache to collect crumbs, which he then picks out and feeds to pigeons. True story. 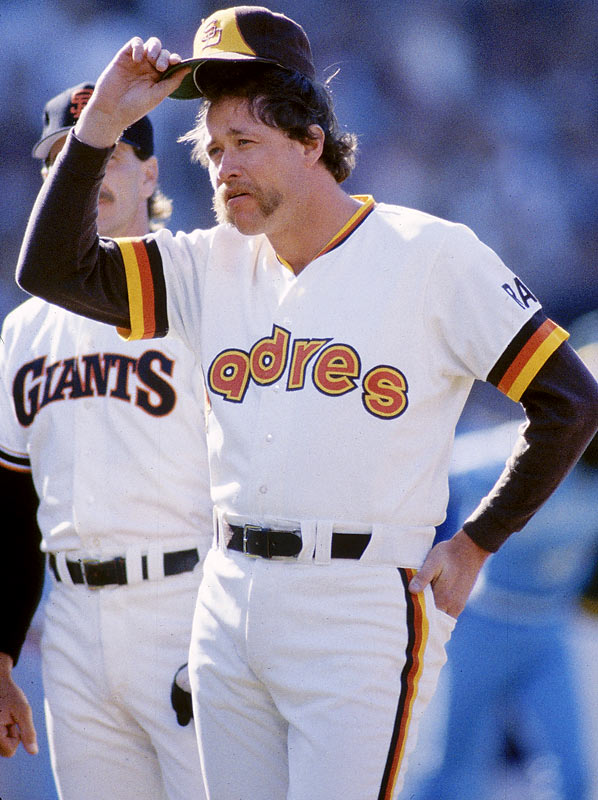 Classic nickname. Classic mustache. Goose Gossage had it all. 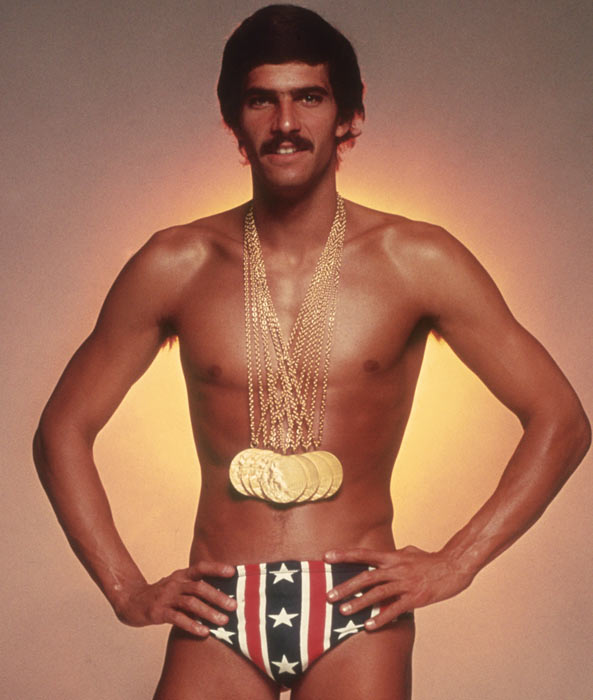 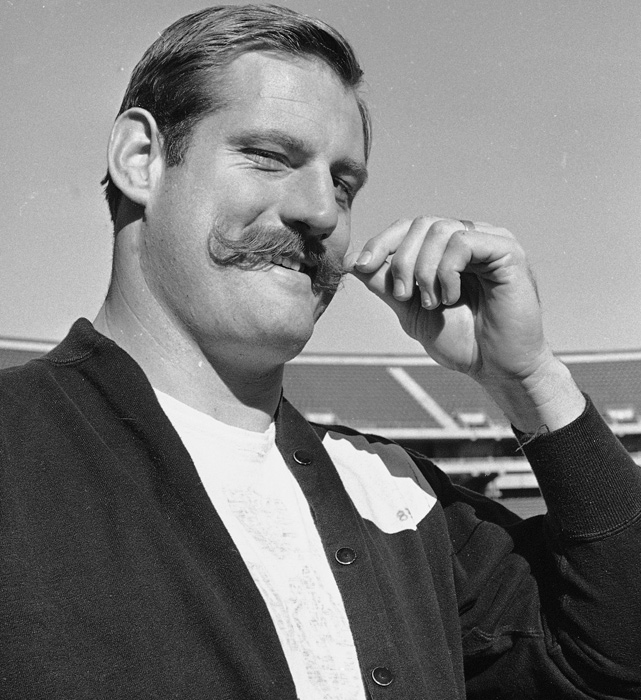 Most of the great football mustaches belong to coaches. (We couldn't even squeeze all the great ones onto this list.) But there have been some great players with amazing 'staches, and the Raiders' Ben Davidson was one of them. 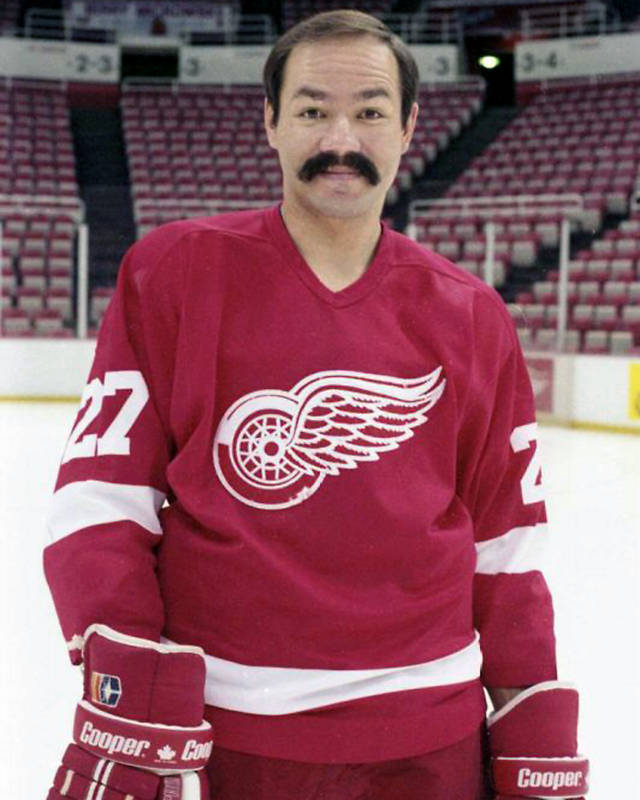 Longtime Vancouver Canuck defensemen Harold Snepsts may not be in the Hockey Hall of Fame, but he'd definitely make the sports mustache Hall of Fame. That thing doesn't even look real. 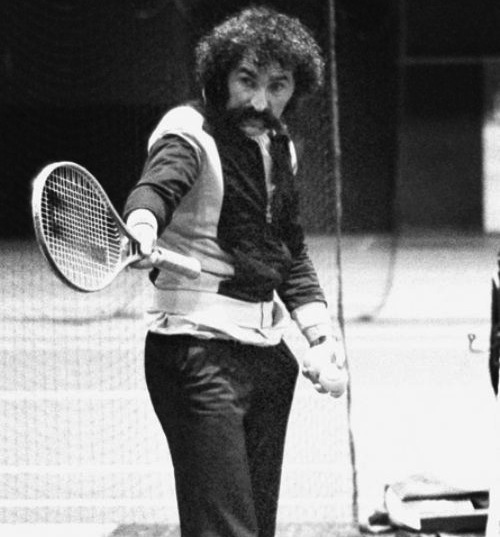 He looks like some scary Eastern European gymanstics coach, but I swear this guy was a serious athlete. Not only did he win the men's doubles competition at the 1970 French Open, but he also played for the Romanian Ice Hockey Team at the 1964 Winter Olympics. 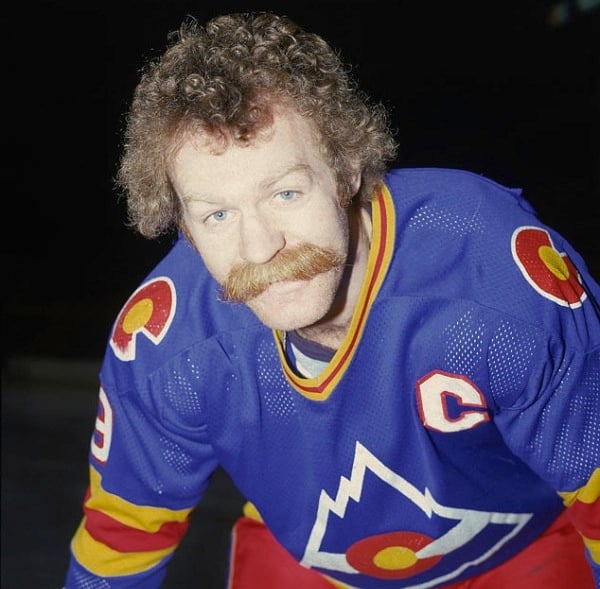 Some hockey players get dentures to replace all their missing teeth. Lanny McDonald just grew a huge bushy mustache to cover his grill. 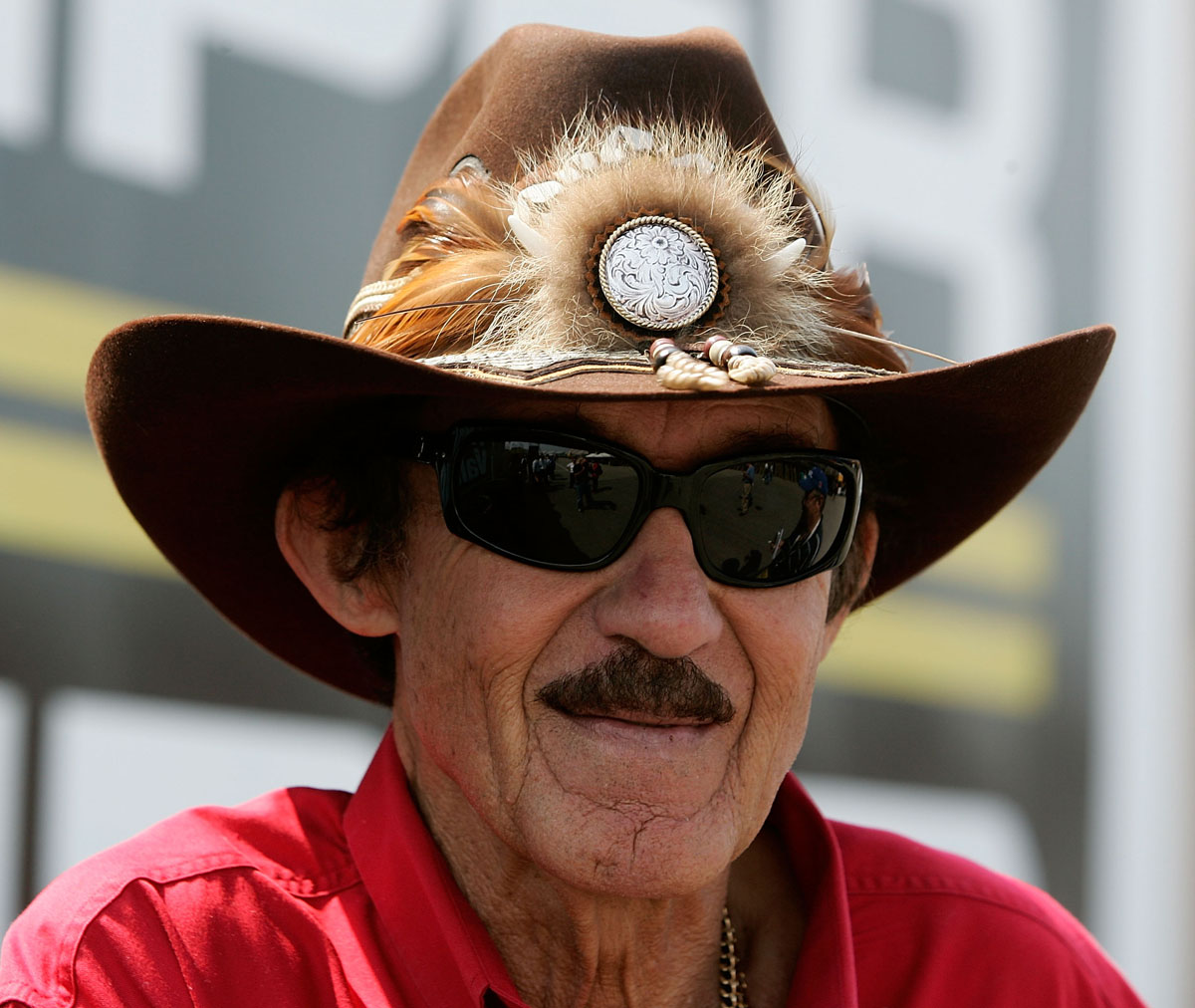 The mustache of NASCAR legend Richard Petty is a little unnaturally dark for a man his age. I suspect he saw some of Walt Frazier's Just For Men commercials and was very persuaded. 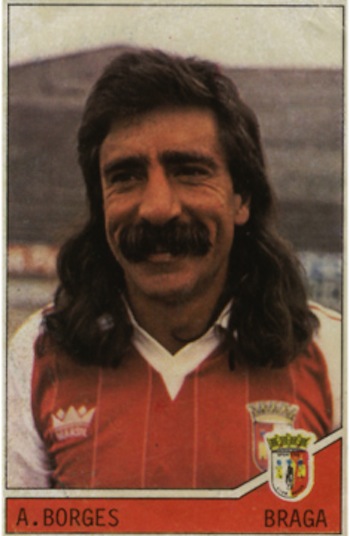 Borges was a player and then later the coach for Portuguese soccer club G.D. Chaves. His mustache was just epic. 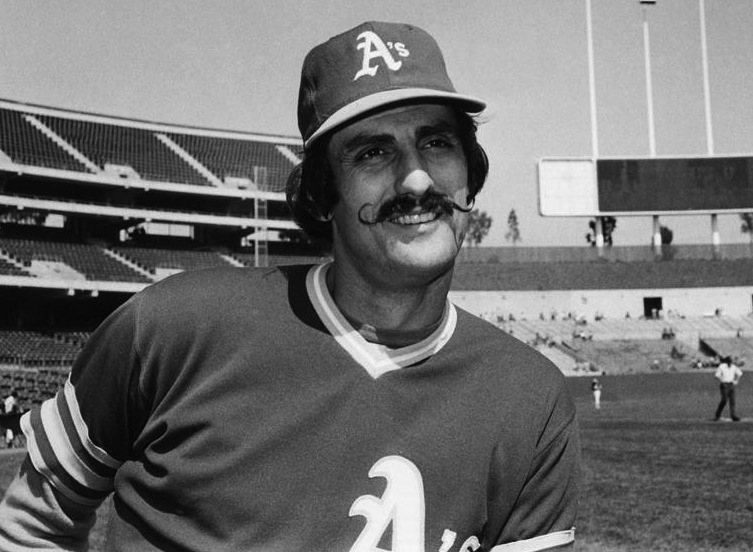 Rollie Fingers looks just like the hipster guy who made my latte this morning, only his mustache wasn't as ironic. 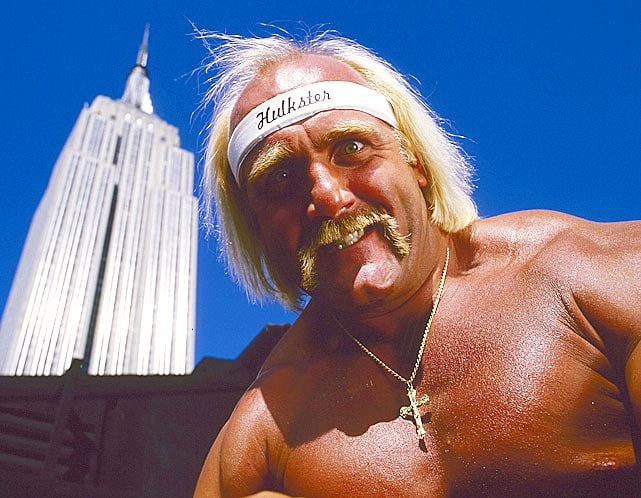 For a long time the most iconic mustache in sports history belonged to Rollie Fingers. But now I think the title belongs to the Hulkster. It's not just the style. It's the color. That platinum blonde hair set against the background of Hogan's leathery tanned skin? It's just a completely unmistakable look.