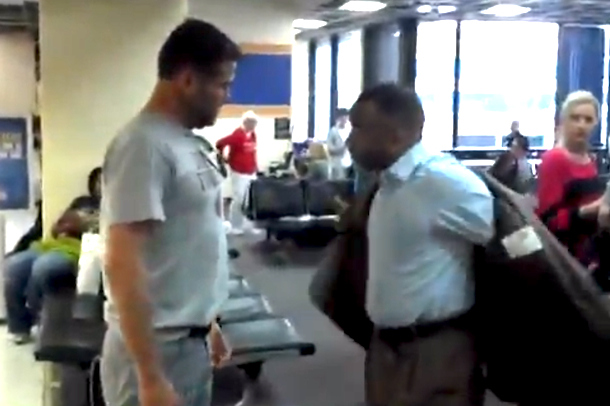 Fans of the Texas A&M Aggies were flying pretty high this week after their team pulled off what many observers thought was impossible: a victory over the #1-ranked Alabama Crimson Tide in Tuscaloosa. The victory proved that the Aggies can hang with the best in the SEC, and it got every pundit around suddenly singing their praises.

Of course, that buzz the Aggies faithful have been feeling all week is pretty much killed now, thanks to the embarrassing actions of one of their own.

On Monday at the Louis Armstrong New Orleans International Airport, a drunk Aggies fan wearing a “Johnny Football” t-shirt—that’s the nickname of Aggies QB Johnny Manziel—was told he could not board a Southwest Airlines flight to Houston because he was too drunk. So obviously he got irate with the Southwest employee at the check-in counter and dumped out a bag of trail mix in front of them.

And if that wasn’t already bad enough, it got much, much worse.

Another passenger waiting to board the plane near the check-in counter stood up for the Southwest employee and told the Aggie to calm down. That other passenger happened to be black. The Aggie fan? He happened to be extremely racist. So he started dropping n-bombs left and right, and apparently (though it’s not caught on video), he even made some comment about picking cotton.

At that point, the well-dressed businessman decided enough was enough. So he took off his coat and gave the racist piece of garbage a piece of his mind, though other passengers stepped in before things got too crazy. And, eventually, security showed up to take the Aggie into custody.

Take a look for yourself, but be warned: there is some very offensive language.

Now, there is a very important lesson to be learned here: don’t be a drunk racist scumbag.

For one thing, it’s just not nice. But for another thing, someone will record what you do, upload it to YouTube, and then everyone on the internet will work together to find out everything about you and make sure you lose your job and all of your friends.

Oh yeah, that’s right. After this story was posted on Reddit yesterday, the internet went to work figuring out who this Aggie sack of excrement is.

His name is Blake Zimmerman. I repreat: HIS NAME IS BLAKE ZIMMERMAN. He graduated from Texas A&M in 1994 with a B.S., and he works for NxtGen Energy in Houston. Or, he did work for NxtGen energy.

And it turns out that this wasn’t the first time he got arrested…this year. Back in August he spent a night in jail after getting into a fight and pulling a knife over a barstool at a Portsmouth, New Hampshire, watering hole. Here’s his mugshot: 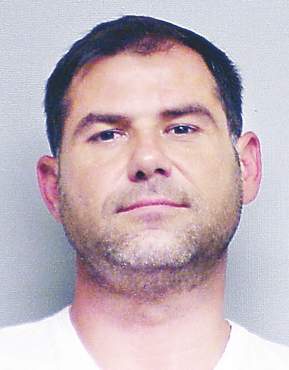