Imagine you’re the biggest football star in the state of Texas, where football is like religion, sex, and politics all wrapped up into one. Oh, and you just became the first Freshman ever to win the Heisman Trophy. Kids would get your face and nickname shaved into the back of their heads, and you’d pretty much have your pick of the ladies.

This is the life of Johnny Manziel. The guy just torched SEC defences (which are generally regarded as the best in the nation) for 3,419 yards passing and another 1,181 yards rushing to become the first freshman to win the Heisman. And while he was in New York over the weekend picking up his hardware, he took the time to see some of the sights with his crazy hot girlfriend, Sarah Savage.

Of course, just last week we had no idea Johnny Football even had a girlfriend. But thanks to social media, well, now we do. Sarah is a senior at Texas A&M.  She is majoring in marketing and she also does a little modelling on the side. Over the weekend, she posted several photos of her weekend getaway with Johnny on Instagram, including shots of the two at Rockafeller Plaza, Central Park, and of course posing with the Heisman Trophy in their hotel room. 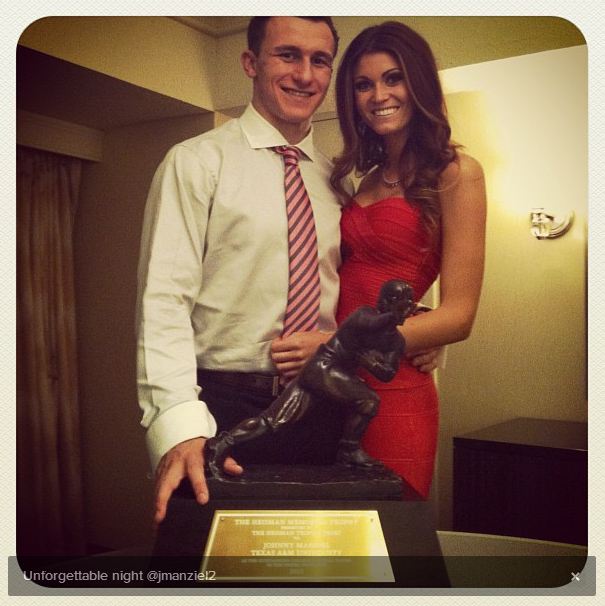 So there you go. The future Mrs. Johnny Football. Maybe. (Probably not.)