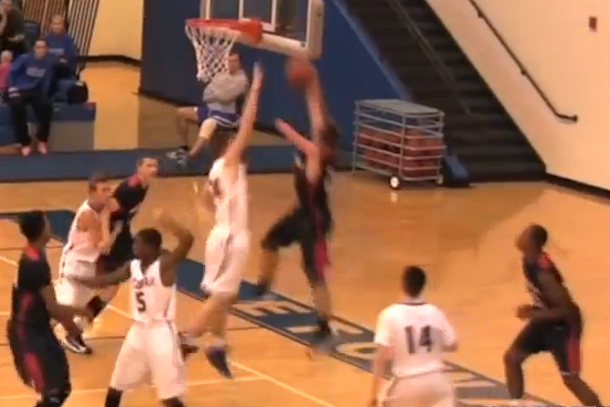 I don’t know how many one-armed basketball players are out there in the world, so I can’t say for sure who is the best. However, I’d be willing to bet that Zach Hodskins would make the short list.

Though Hodskins enjoys telling people he meets for the first time that he lost his left forearm in a shark attack, the reality is that he was simply born without it. As a result, the 16-year-old kid from Alpharetta, Georgia, has never known life with two hands and has adapted extremely well.

He started playing basketball at a very young age. By the time he was six, he could spin around defenders in the blink of an eye. And by the time he was 11, he was scoring 31 points per game as the shooting guard for his middle school team.

Now Hodskins is a junior at Milton High School, and on November 16, he drained seven three-pointers in a game against Christ School from Arden, North Carolina. But he’s not just some kid thriving against mediocre competition. The kid is seriously good, and has even talked to some recruiters from UAB.

Want to see his skills for yourself? Well, here you go: