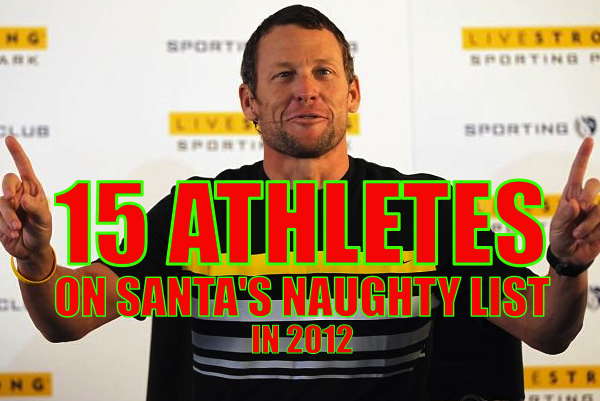 Well, Christmas is just 4 days away now, and you know what that means: it’s time for Santa to finalize his lists of who was naughty this year and who was nice. Now, obviously the bearded one doesn’t like to make these lists public. However, it just so happens that I know a few Christmas Elves up there in the North Pole, and they owe me a few favors. So I asked them to take a look at the Naughty List and tell me what prominent figures from the world of sports are on it. And today I’m sharing that information with you. 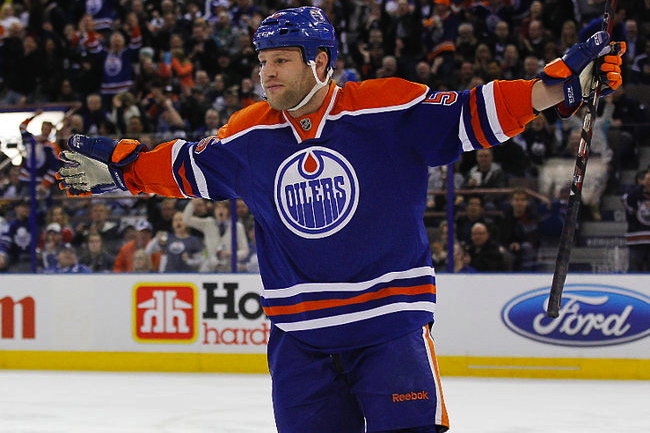 Edmonton's Ben Eager got arrested in Toronto back in October after getting into a fight at a pub. He probably really didn't think much of it, and in fairness this is pretty much how hockey players settle all their disputes. Nevertheless, while Santa loves a good hockey fight as much as the next guy, he thinks they should leave the fisticuffs at the rink. So that means Ben will be getting a lump of coal in his stocking this year. 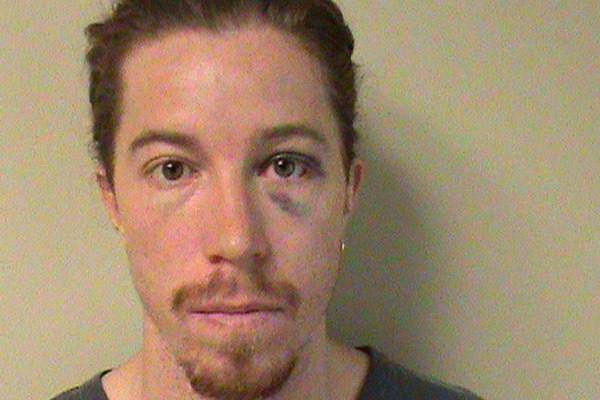 The Flying Tomato, as snowboarder Shaun White is sometimes called, got into some trouble in Nashville back in September. What happened? He got stinking drunk, pulled a hotel fire alarm, smashed a phone in the lobby, and attacked a hotel guest who called the police on him. Eventually he was arrested while trying to flee the scene in a cab. So sorry, Shaun. You'll have to buy your own snowboard wax this year, because Santa aint bringing you nothin'. 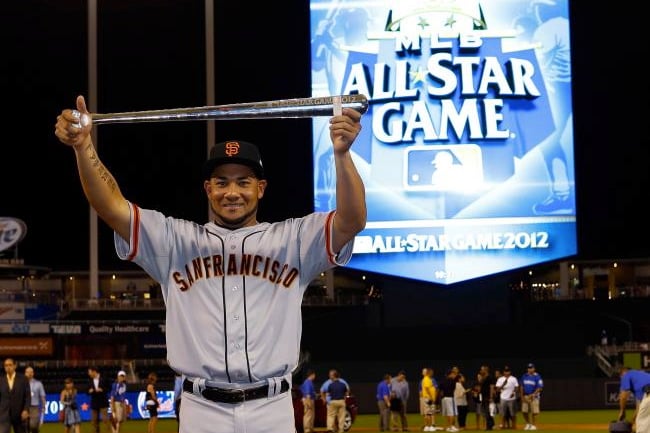 Through the first five seasons of his career, Melky Cabrera hit a combined .266. Then in 2011 he hit .305, and in 2012 he was hitting .346 with a formidable .390 on-base percentage. He was even named the MVP of the All-Star Game. But do you know who wasn't buying the numbers? Santa. The big man smelled something fishy the whole time. And Santa was later proved right when Melky tested positive for 'roids and got suspended for the last 50 games of the season. 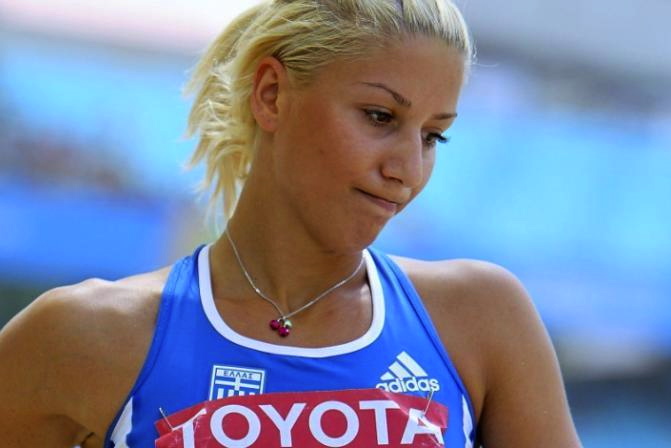 This 23-year-old Greek triple jumper found out the hard way that you need to keep your racist thoughts to yourself if you want expect to compete at the Olympics. On July 22, she tweeted, "So many Africans in Greece at least West Nile mosquitoes will eat homemade food." On July 25, she was kicked off the team. And on December 25, she'll wake up to jack squat under the Christmas tree. Actually, that's not true. The Greeks celebrate Christmas on January 7 this year. 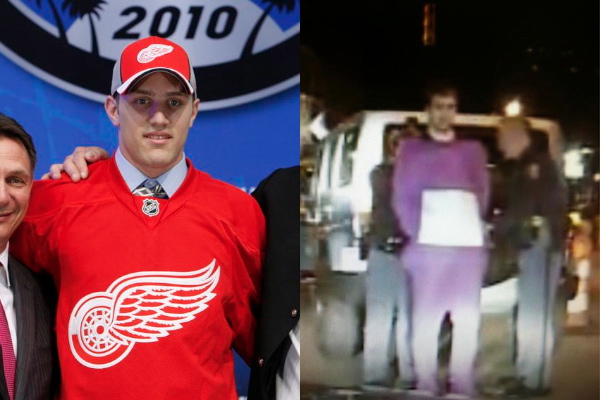 Santa really, really does not like it when people drink and drive, so he was very upset with Detroit Red Wings prospect Riley Sheahan when he got arrested with DUI and a fake ID back in November. However, even Santa has to admit that it's pretty hilarious that Sheahan was wearing a purple Teletubbies costume. I guess the kid is a furry or something? 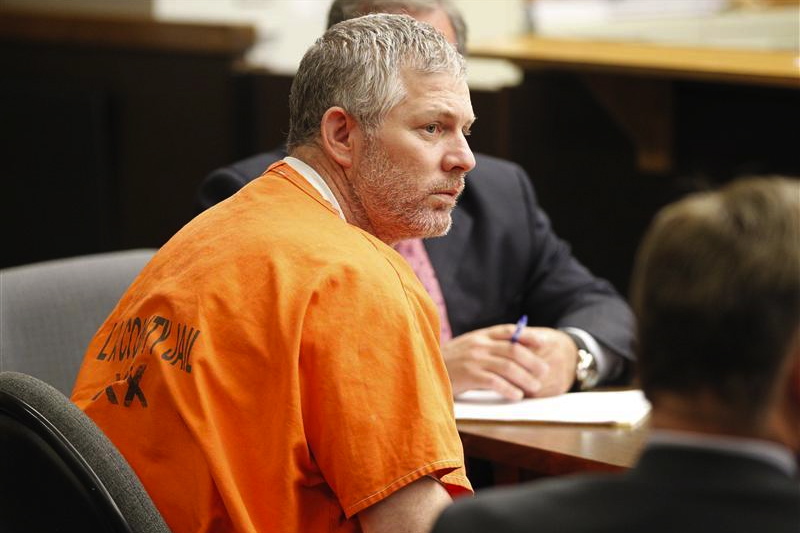 Here's a guy who has been on Santa's naught list for a while. However, this year former Met and Phillie Lenny Dykstra really hit rock bottom...we hope. This past March the guy pled guilty to charges of grand theft auto and filing false financial statements; apparently he and some "associates" were defrauding car dealers with false papers and then selling them. Obviously, Santa doesn't make visits to penitentiaries. And unfortunately for Lenny that's where he'll be for the next three years. 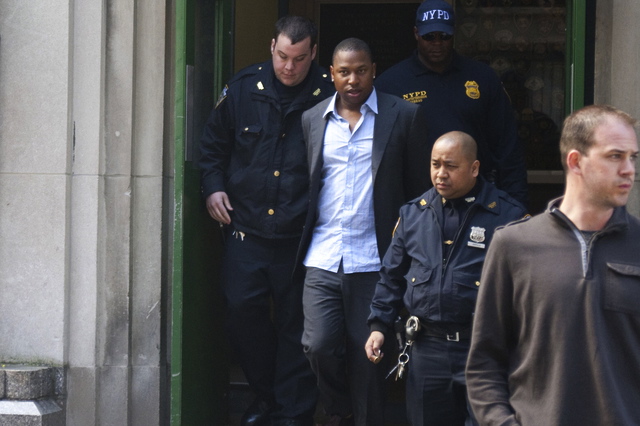 This spring, the Detroit Tigers' Delmon Young was arrested outside the team's Manhattan hotel. Apparently he was returning to the hotel highly intoxicated when he got into an argument with tourists outside, tackled a guy, and uttered an anti-semetic remark. The charges? Aggravated harassment and hate crime. Yikes. Young pled guilty to the charges in November and was sentenced to 10 days of community service and hate crime counselling. And of course, he was also suspended for 7 games by the Tigers. As for Santa, I know he's not really part of the Jewish tradition, but he still loves everybody and doesn't care for antisemitism. 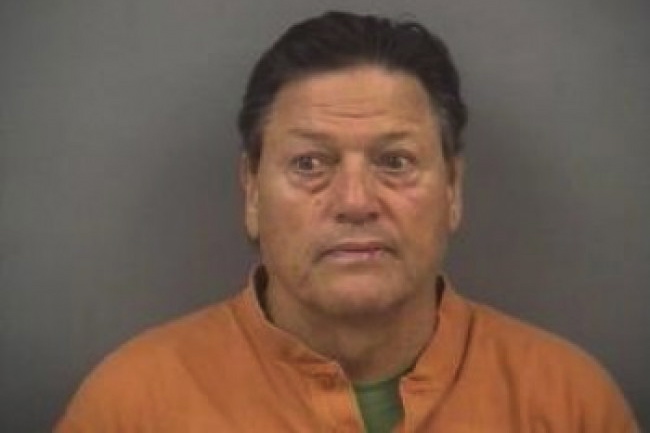 The good news is that when police arrested Boston Red Sox legend Carlton Fisk in October for being drunk at the wheel of a car, that car was not moving. The bad news is that said car was parked in the middle of a corn field with Fisk drunk and fast asleep. Oh, and it was only 7:20 PM. 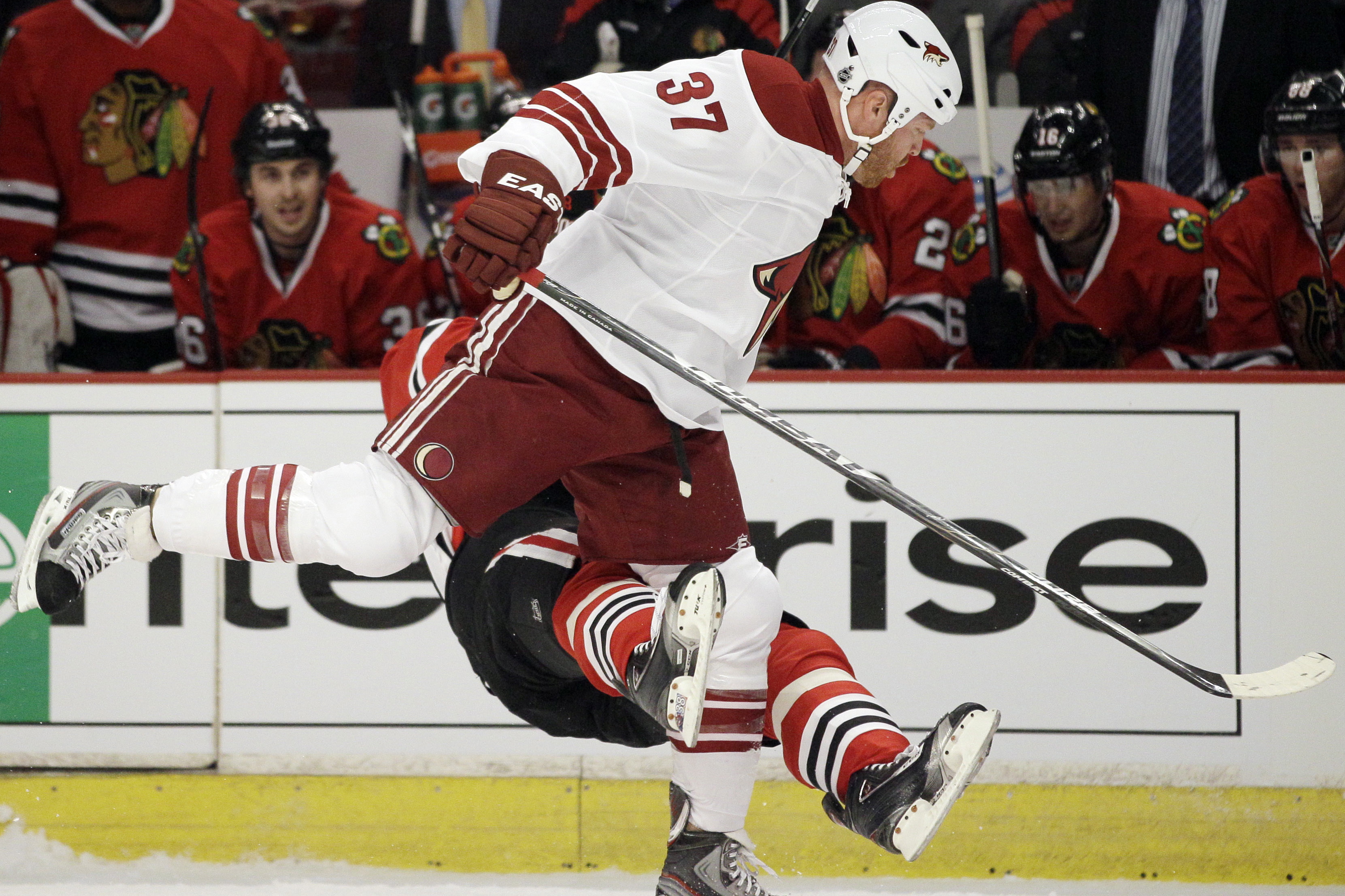 There were lots of dirty head shots in the NHL in 2012, but Santa is apparently most upset with Raffi Torres. Why? Well, I'm guessing it has something to do with the fact that, for the second straight year, the guy knocked a key member of the Chicago Blackhawks out of the playoffs. In 2011, of course, it was Brent Seabrook. Then in 2012 it was Marian Hossa. Now Santa is just fed up with this nonsense. So in addition to a 25-game ban from the NHL, Santa also issued a 25-year ban on Christmas presents for Raffi. Ouch. 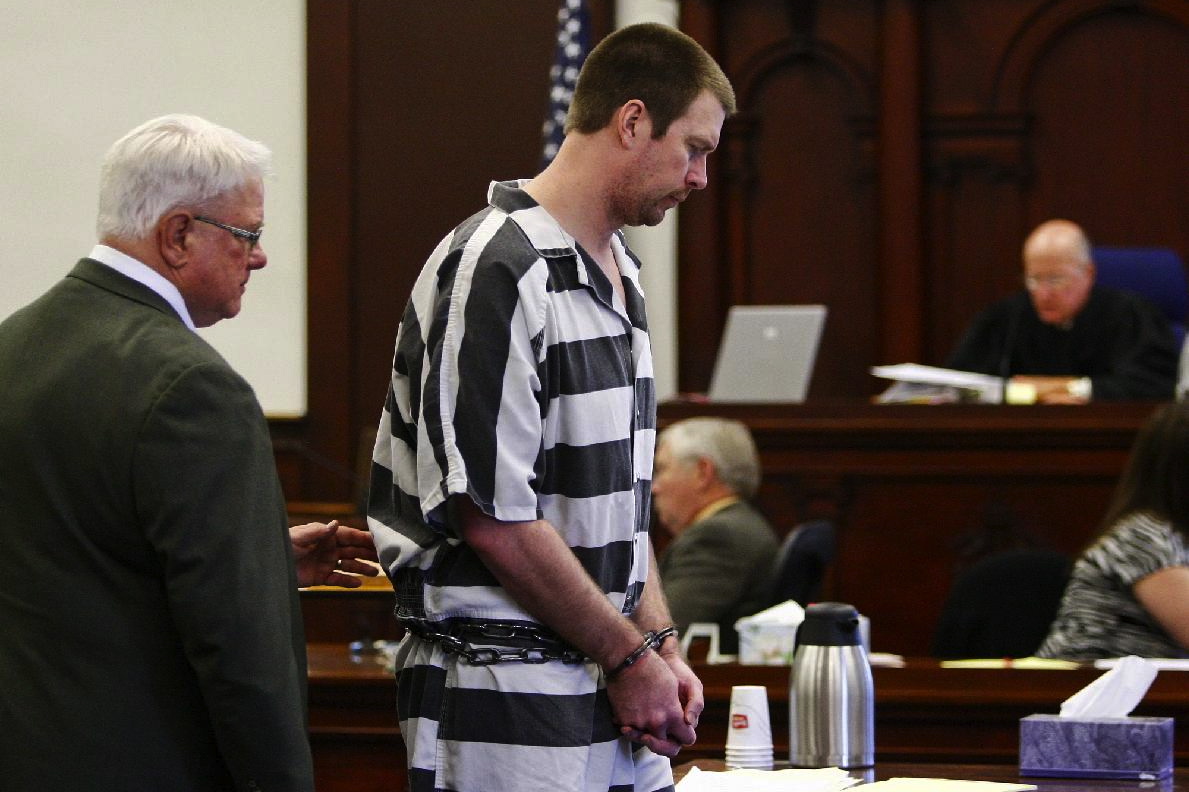 Back in March, this former #1 NFL draft pick was arrested in his home town of Great Falls Montana on charges of burglary, theft, and possession of dangerous drugs. (Apparently he's quite the pill-popper these days.) Then he was arrested again just four days later. (Hey, man, they took his pills.) Now he's in rehab, which is just the first part of a 5-year prison sentence. So, yeah, Santa won't be visiting the Leaf household this year. PS, how awesome is it that Cascade County, Montana, makes prisoners wear black and white striped uniforms? 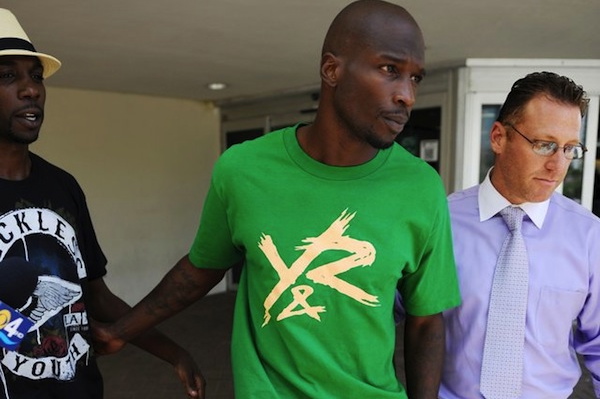 Chad, Santa doesn't care if you got a tattoo of your wife's face on your calf. He's still pretty upset that you headbutted her in your driveway after she confronted you about the receipt for condoms she found in the trunk of your car. So you might as well just eat those cookies and drink that milk yourself on December 24, man. 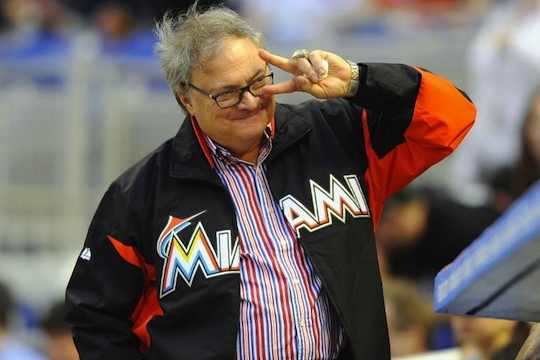 Unfortunately, Santa will not be giving every baseball fan in Miami what they asked for this Christmas—the head of Marlins owner Jeffrey Loria on a silver platter—because he has a strict "no revenge and/or bodily harm" policy. However, he will make sure the guy gets a ginormous lump of coal in his $2000 Italian loafers after his historic salary dump gutted the team of almost all its major league-ready talent. Again. 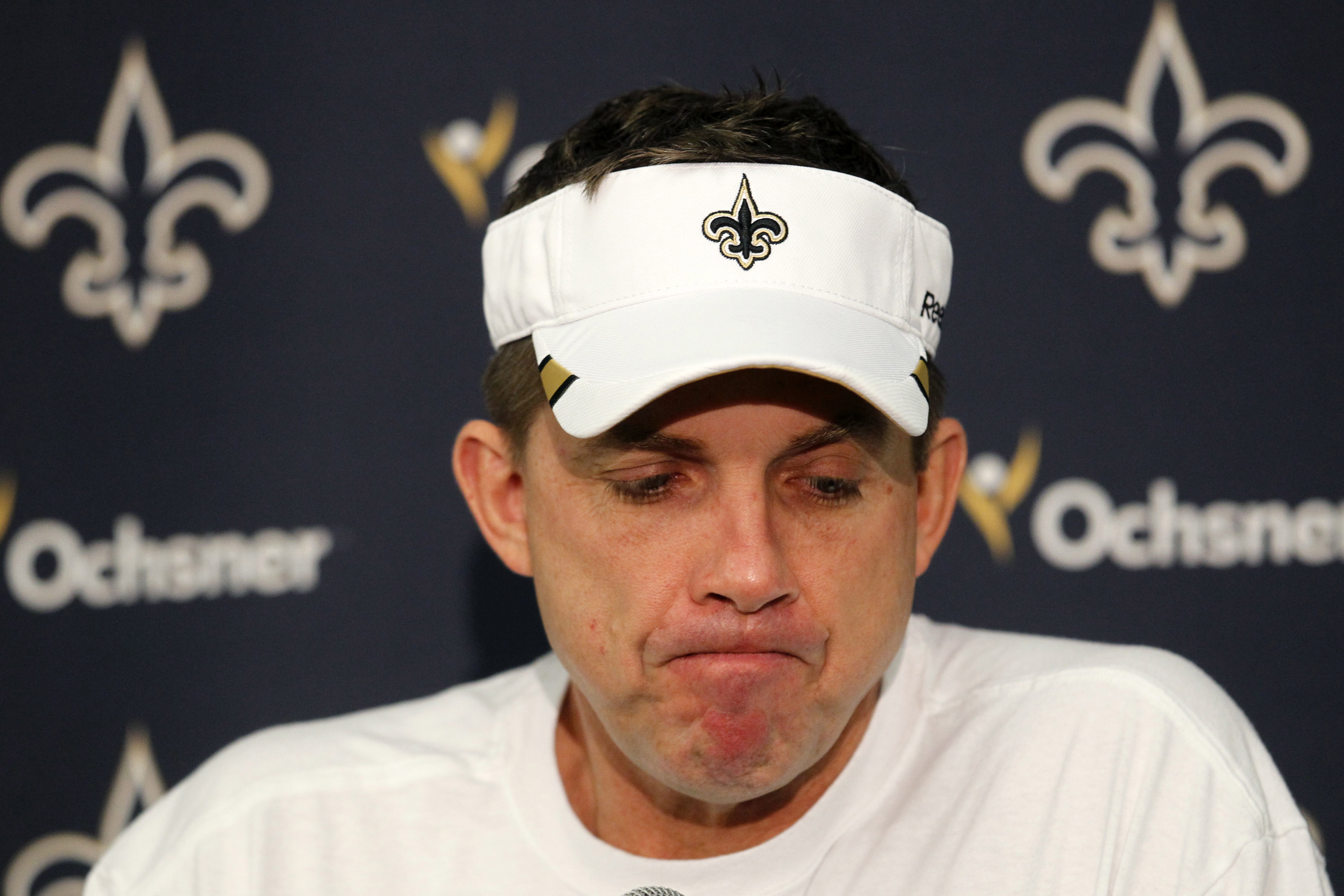 Santa seems to be of the opinion that it's unsportsmanlike to try to intentionally harm your opponents. He's old-fashioned that way. Therefore, Santa has come down hard on New Orleans Saints coach Sean Payton for the role he played at the epicenter of the Saints' "Bountygate" scandal. He's been banned from receiving presents for 5 years. 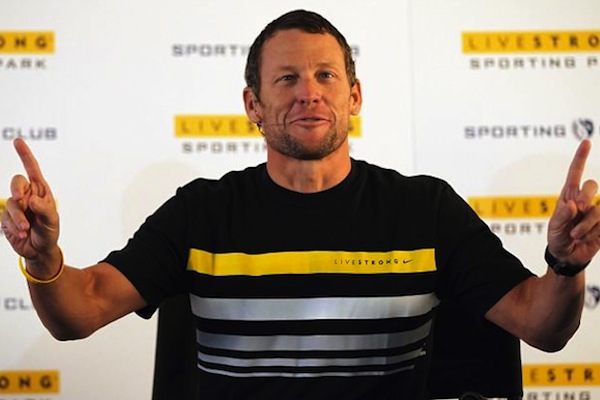 Santa wanted to believe in Lance Armstrong. And Santa gave Lance Armstrong the benefit of the doubt, because people have long said that there's no way Santa could deliver all those billions of presents to the children of the world in one night without the aid of performance enhancing candy canes—which is to say, Santa knows what it's like to deal with haters. Now, however, not even Santa can deny that Lance Armstrong was a no good dirty cheater. The evidence is insurmountable, which is why Lance Armstrong didn't appeal the decision of the U.S. Anti-Doping Agency. So Santa cut off his yellow Livestrong bracelet, took out his quill, dipped it in ink, and wrote "Lance Armstrong" on his 2012 Naughty List. 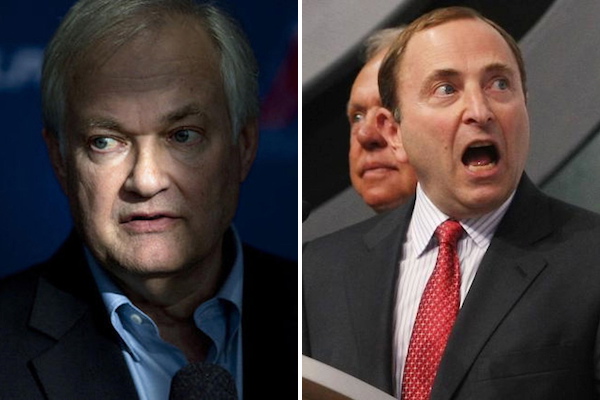 Look, Santa doesn't know exactly who's to blame for the NHL lockout. And you know what? Santa doesn't care. As a native of a Nordic territory, the jolly one just likes his ice hockey, and he's kind of pissed off that the NHL is heading toward its second lost season in 8 years. And who else can Santa blame but the two people charged with negotiating a contract—NHLPA Executive Direct Donald Fehr and NHL Commissioner Gary Bettman? That's why they top his sports naughty list for 2012. (Unfortunately, it looks like they might top his naughty list for 2013, too.)