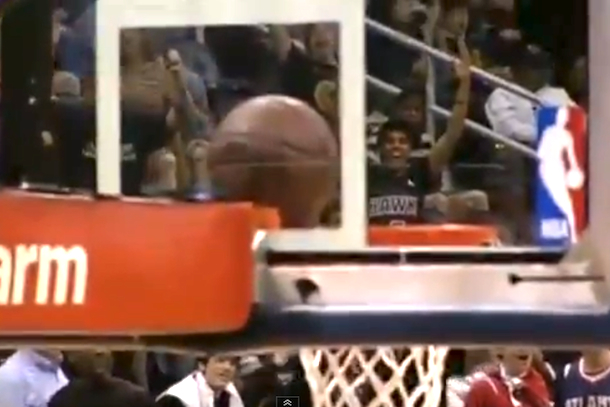 However, what you’re about to see in this video takes the cake. I don’t think I’ve seen a basketball ever do anything quite like this.

It comes to us from the Hawks’ game against the Jazz this past Friday at Phillips Arena in Atlanta. During Atlanta’s “Money Shot” halftime contest, a fan named Kevin was given a chance to win $1,000 by sinking just one shot from half court. So he took the ball and hurled it toward the basket.

The result? Only one of the most insane, physics-defying things you’ll ever see. Check it out:

Of course, the big question is, did he really get the thousand bucks? I mean, the PA announcer said he did. But, you know, his foot was over the line…