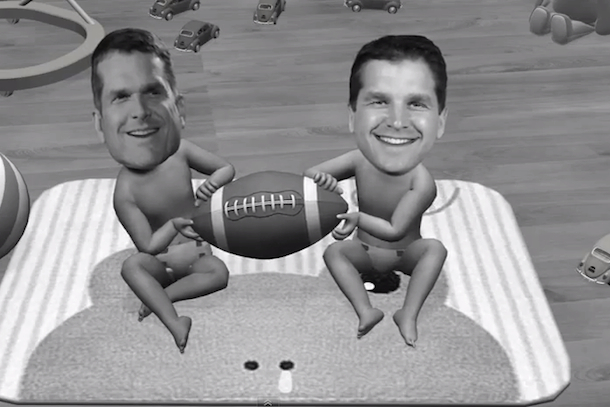 I’m giving 1-100 odds that we’re all going to be sick to death of the Harbaughs by the time this thing is done.

However, despite the HarBowl overkill already in progress, one “news source” that I’ll never ignore is Next Media Animation. They’ve tackled the upcoming event in their latest CGI feature, and as always, they manage to cover all the bases.

After reminding us that the coaches of the Ravens and 49ers are, in fact, brothers, they go on to explain how each team arrived at the Super Bowl (this part features an old prospector killing a raven-headed football player with a pick axe) before wondering whether anyone really wants to see the city of San Francisco win its second consecutive sports championship (reminding us what happened the last time).

Poignant and funny, as always.