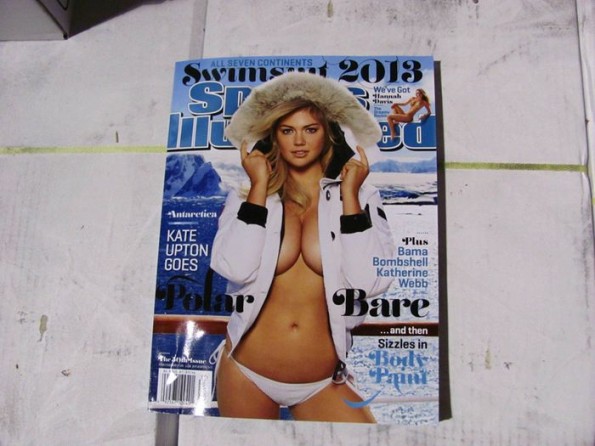 According to reports and the leaked photo above, Kate Upton has become the first model to appear on back-to-back covers of the Sports Illustrated Swimsuit Issue since Carolyn Murphy accomplished the feat back in 2006 (her second appearance was part of a group shot with several other former SI Swimsuit Cover models).

Upton’s appearance on the cover of the 2013 Sports Illustrated Swimsuit Issue shouldn’t come as a surprise to anyone, as she has been featured anywhere and everywhere since appearing on last year’s cover. And apparently the people at Sports Illustrated were looking to continue that trend when they decided to go with an image of Kate wearing nothing but a pair of white bottoms and an unzipped winter jacket for their latest cover shot.

Judging by the image above, I’d say they made the right decision.  Wouldn’t you agree?