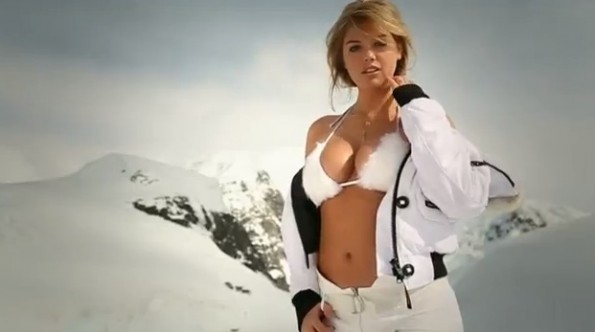 On Friday we revealed the news that Kate Upton has been chosen to appear on the cover of the 2013 Sports Illustrated Swimsuit Issue, which is set to hit newsstands on February 12.

Today, we reveal another tidbit from SI’s latest Swimsuit Issue.  It’s the 2013 Sports Illustrated Swimsuit Video teaser, although, calling this a “tease” should be considered quite the understatement.

The video features footage of the 17 different supermodels that are set to appear within the magazine’s pages, as they pose in a variety of exotic locations from each of the Earth’s seven continents, all to the tune of Train’s “Mermaid.”

It all kicks off with a shot of Kate Upton wearing a white bikini while standing in the snow in Antarctica, which in itself is a good enough reason to watch the following 73-second clip.