Oakland Raiders defensive tackle Desmond Bryant must have had a pretty interesting Saturday night, because on Sunday morning in Miami he was arrested after he showed up at a neighbor’s house drunk and “causing a commotion.”

What did “causing a commotion” entail? We don’t know. Maybe Bryant let himself into the house to borrow a cup of sugar, discovered that all they had was artificial sweetener, and trashed the place. Your guess is as good as mine. All we know is that the 27-year-old was wasted and got charged with misdemeanor criminal mischief. And when they booked the guy, he gave us one of the greatest mugshots of all-time: 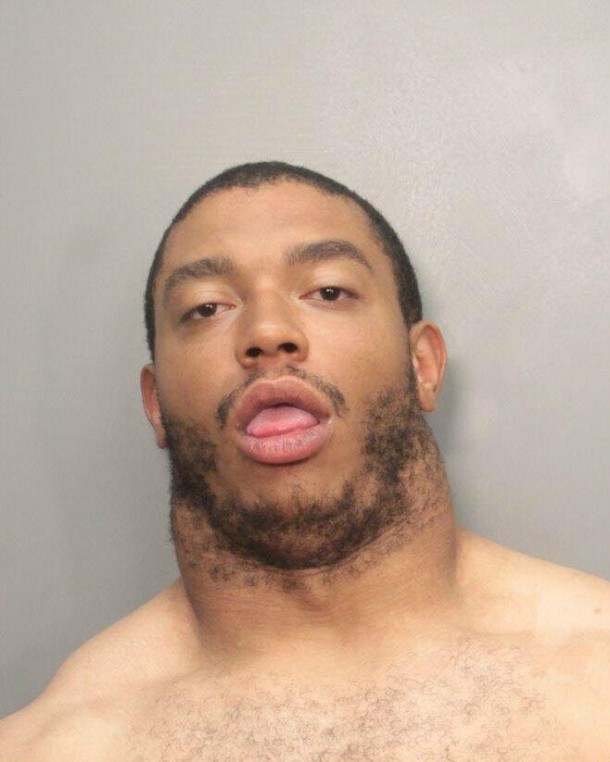 Take a good look at that face. If I told you that this guy graduated from Harvard with a degree in psychology, would that surprise you?

Well, Bryant did graduate from Harvard. It wasn’t a smooth ride. He struggled at times, and even had to take a leave of absence from the team for a short time to get his grades up to par. But he graduated in 2009 with a degree from the best university in the world.

And now his drunk-off-his-ass mugshot is going viral.

Obviously, he’s a perfect fit for the Raiders.