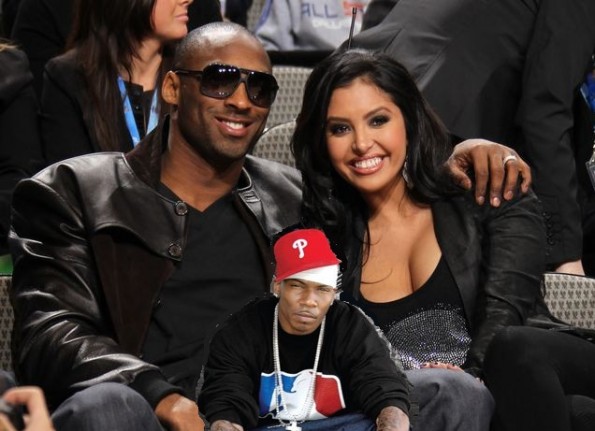 Kobe Bryant has taken plenty of heat from the media and from his wife, Vanessa, for his well-documented extramarital affairs.  Well, it appears as though it may be Kobe’s turn to throw some stones.

You see, during a recent interview on the “Reach Around Radio Show,” a Hollywood publicist was providing the hosts with some details from her conversation with rapper AP.9 regarding his now-popular affair with Ice T’s wife, CoCo.  And while providing the publicist with proof—in the form of pictures and text messages—that he did in fact sleep with CoCo on several occasions, AP.9 also spilled the beans on some of his other sexual escapades with notable women.

One of those women just so happens to be Kim Kardashian.  Another is none other than Vanessa Bryant.

Here’s what the publicist had to say:

“Then [AP.9] tells us that he had messed with, I’m just gonna say one of the Kardashians, and after [the CoCo] story came out…she called him and begged him not to mention her name in anything because, you know, her image…Then he told us that he had an affair with a basketball star’s wife, who’s, I’m going to tell you, this basketball star is one of the biggest in the world.  And he dated her and she gave him close in cash, like $30,000 here, $40,000 there, close to almost one million dollars.”

After further interrogation, it was discovered that the Kardashian she was referring to was Kim, and the basketball player she spoke of was a member of her favorite team; the Los Angeles Lakers.

At that point, it became quite clear that the player being referred to was Kobe Bryant.

You can check out the entire interview below.  The above quote begins at the 5:07 mark:

So, did Vanessa cheat on Kobe?  We still don’t know for sure, but it appears as though AP.9 wants us all to believe that.

And unless Kobe Bryant was already aware of Vanessa’s extramarital activities, I wouldn’t be surprised to hear that their divorce plans are back on once this news starts to spread.