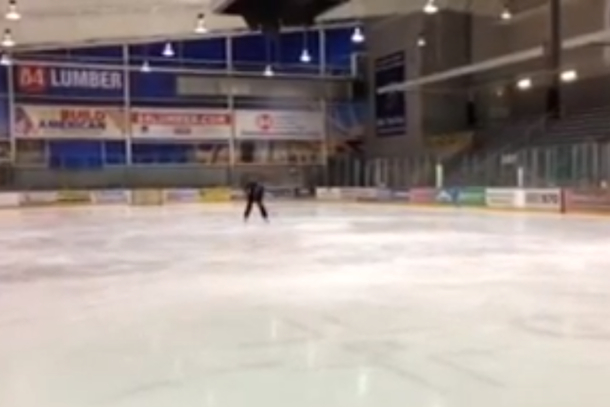 Half-court shots in basketball always make for pretty popular posts, so today we thought, “why not a center ice hockey shot?”

Well, that’s just the video we have for you here. The shooter? None other than Pittsburgh’s Evgeni Malkin, the reigning MVP of the National Hockey League. It’s not entirely clear when he made this video, since the guy is now sitting out with concussion-like symptoms. But that’s definitely the Iceoplex at Southpointe, the Penguins’ practice facility, and the video was just posted yesterday. So it was probably shot fairly recently.

Now, with all the high-tech video editing trickery people use today, I suppose this could be fake. However, I think this is real. After all, why post a fake video of something that very well could be real? If you’re going to do something fake, go big or go home, you know?