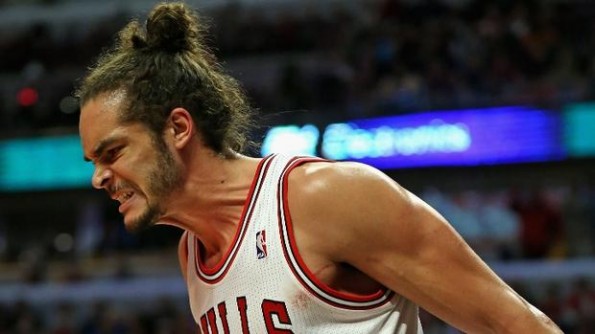 Heading into Thursday, only three players in the last 25 years have recorded a triple-double with at least 20 points, 20 rebounds and 10 blocks (Shaquille O,Neal, Hakeem Olajuwon and Shawn Bradley).  Last night during a game against the Philadelphia 76ers, Chicago Bulls center Joakim Noah became the fourth.

Noah was hosting his own block party at the United Center, as the all-star posted a career-high 11 swats to go along with 23 points, 21 rebounds, three steals and one assist during the Bulls’ 93-82 victory over the 76ers.

Noah has been having himself quite the season, as he has stepped up in the absence of Derrick Rose and averaged an impressive 11.9 points, 11.4 rebounds, 4.2 assists, 2.2 blocks and 1.3 steals per game.  Those numbers make Noah a fantasy basketball stud, and his numbers last night earn him “The Stat Line of the Night” for Thursday, February 28, 2013.