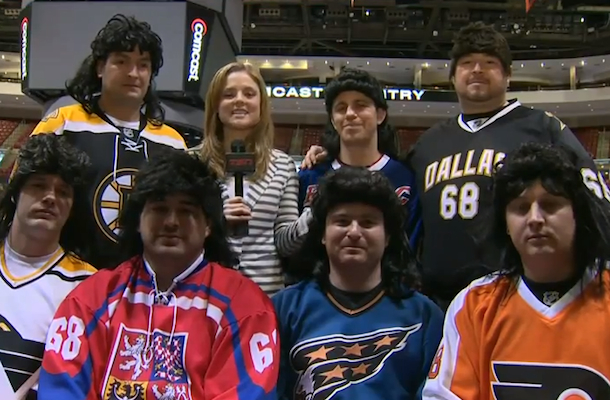 Earlier this month, the Dallas Stars traded future hockey hall-of-famer Jaromir Jagr to the Boston Bruins for a couple of prospects. That meant those Jagr superfans who like to go to games dressed as the evolution of Jagr—the ones from Calgary that we told you about back in February—would have to induct a new member into their group to don the jersey and honorary mullet of “Boston Jagr.”

Well last night these guys, who call themselves “The Jags,” travelled all the way from Alberta to Philadelphia to see Jagr and the Bruins take on the Flyers…and induct their newest member. Fortunately, Canadian sports channel, TSN, sent reporter Kate McKenna to hang out with them, and she got some pretty great footage of the prestigious “ceremony,” as well as a nice little interview with the ringleader of the group—a guy named Tyler, a.k.a. “Ranger Jags.”

And here is Ranger Jags’ interview with McKenna:

So did the Jags enjoy themselves in Philly? Well, it sure seems like they did. Even though Jagr and the Bruins got smoked, 5-2, the superfans were pretty much the most popular people in the Wells Fargo Center last night.

Here they are taking a photo with some Philly fans in the concourse: 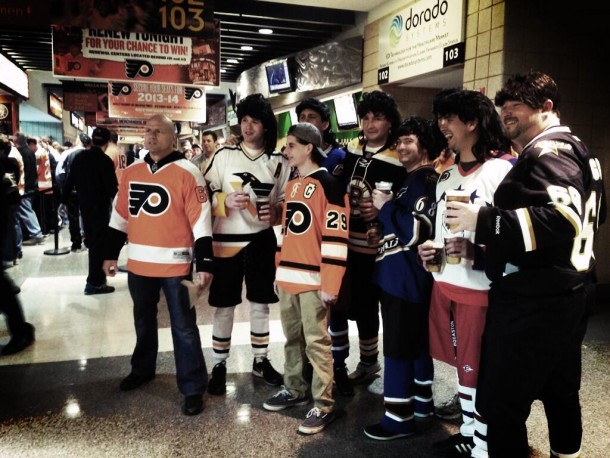 And here they are taking a photo with a woman who actually has a Jaromir Jagr tattoo: 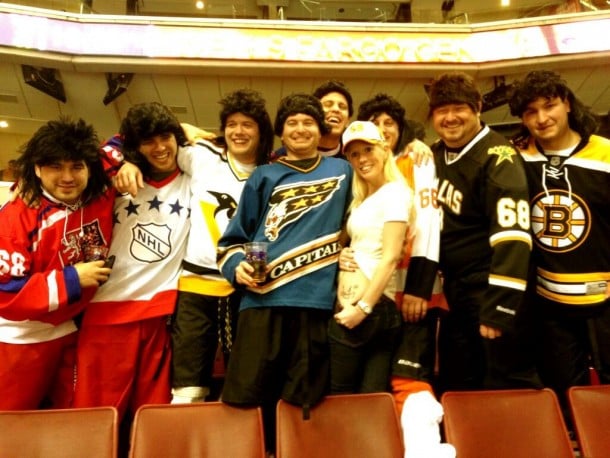 Who knew putting on a mullet wig and a hockey jersey could get you so much press?