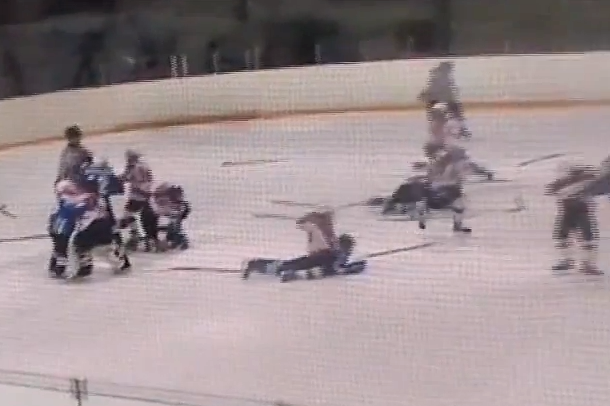 For years and years, hockey hardliners in North America criticized European players as soft while praising the virtue of hard-nosed Canadians. However, judging by what we’re seeing at the youth level in Russia these days, the next generation of Russian NHLers will be pretty damn tough.

Today, as you surely have guessed, we have another.

We don’t have much info about this fight. When I plugged the video title into Google Translate, this is what it spit back: “The fight Metallurg2002-Barys2002 may2013.” From that we can glean that the brawl took place within the last ten days, and that the teams are Metallurg and Barys. Moreover, from the “2002” in the title of both teams, I’m going to guess both squads are made up of kids born in 2002, which would mean they’re 11-year-olds.

Whatever the case, though, these are obviously kids, and they definitely know how to fight. Take a look at the video:

That’s some serious brawling. And how about that Russian rap music? Did you enjoy that? I didn’t tell you about it because I wanted it to be a surprise.