This Day In Sports History (May 20th) — Mike Piazza 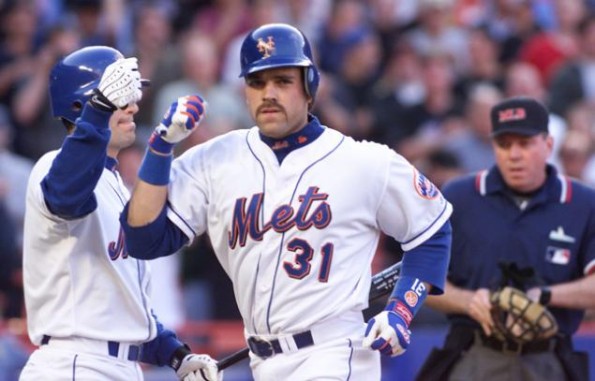 It was on this day in 2008 that Oakland Athletics catcher Mike Piazza officially announced his retirement.  Piazza was somewhat forced into retirement, as no team offered him a contract for the 2008 season.

Piazza began his career with the Los Angeles Dodgers, where he would spend his first seven seasons, taking home the National League Rookie of the Year award in 1993 and the 1996 All-Star Game MVP.  He was then traded to Florida for a week before settling in New York to play for the Mets, where he spent the next eight years.  In his late 30’s, with his best years clearly behind him, Piazza played one season for San Diego before playing his final year in Oakland in 2007.

Mike Piazza is considered by many to be one of the best catchers to ever play the game.  When it came to offense and power numbers, very few catchers in history can match up with Piazza.  His 396 career home runs as a catcher is the most ever at the position and is a record that will be hard to break.

Here is a tribute to Piazza from Shea Stadium.