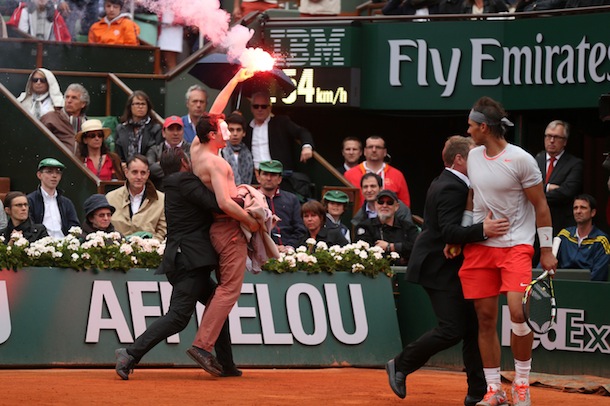 On Sunday in Paris, Rafael Nadal made tennis history by winning the French Open. It wasn’t just that he won his 12th Grand Slam title and moved past the legendary Bjorn Borg into third place on the all-time list. It was also that the French Open title he won was his eighth, and nobody had ever won any Grand Slam event more than seven times.

Unfortunately, the added significance of the men’s final between Nadal and that other guy (David Ferrer) didn’t just attract the interest of sports fans. It also brought out a whole slew of protesters looking for a free audience to whom they could express their political views.

Of course, you’ve probably already heard about the most notable protester—the shirtless guy in the mask who ran onto the court during the second set, burning road flare in hand. He gave quite a scare to the players before being tackled and removed by security.

So what was this guy’s cause? Apparently it was all about helping the children…I think. He didn’t do a very good job of writing his message on his chest, so you had to look pretty closely: 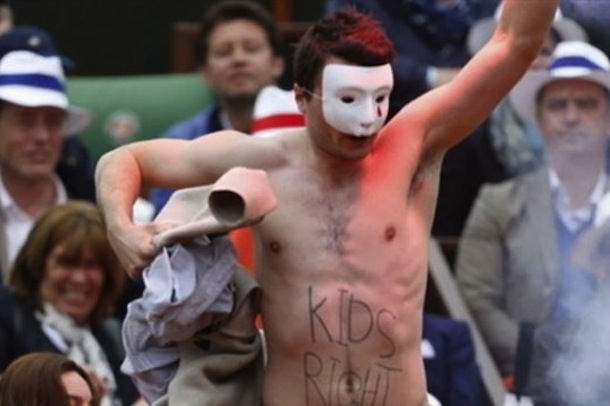 And this guy was not alone at Roland Garros on Sunday. Just before he ran out onto the court, two protesting spectators were removed after they stood up and shouted while holding a sign that read “France is trampling on children’s rights!” 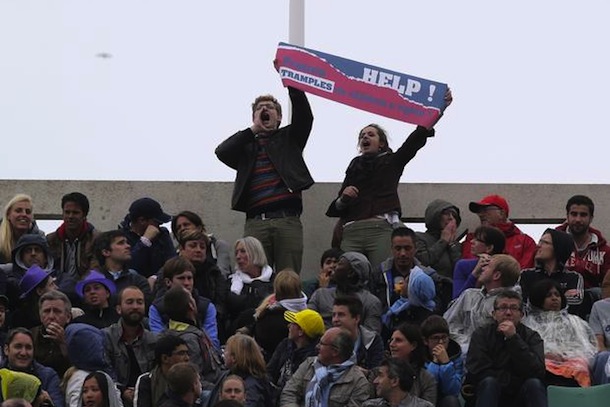 Then another group of protesters managed to get into the adjacent Suzanne Lenglen stadium, light some flares, and unfurl a banner calling for French President Francois Hollande to resign. 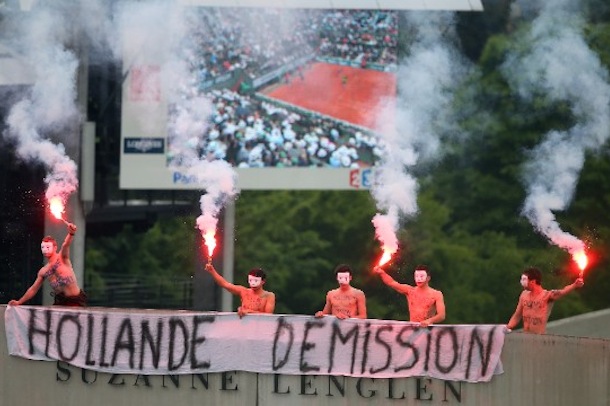 Obviously, given their costumes and their message, these folks were affiliated with the others, and it was all part of a master plan to use the high-profile tennis match to advance their message.