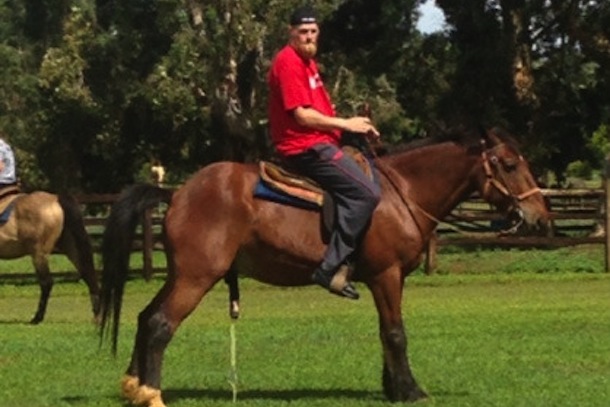 Yesterday, ESPN reported that the Los Angeles Lakers are looking to sign either Carmelo Anthony or LeBron James—or both—when the two become free agents again after next season. That was some pretty big news, and it must have gotten Lakers fans a little worked up.

In the meantime, however, they will have to settle for a somewhat less exciting solution to the Lakers’ roster woes: former Clipper Chris Kaman.

Now, Chris Kaman is a solid, versatile center who can either start at center or come off the bench for Pau Gasol. But a one-year, $3.2 million deal (which keeps L.A.’s books clean for a big free agent run next summer) is nothing to get pumped up about…unless you’re Chris Kaman, that is.

You see, Kaman loved playing and living in Los Angeles, but he’d pretty much given up on ever going back there. Just a week and a half before signing his deal, in fact, he sold his house in the L.A. suburb of Manhattan Beach. So when he got this deal with the Lakers, he was pretty excited. And apparently, so was his horse.

Check out this pic he tweeted yesterday: 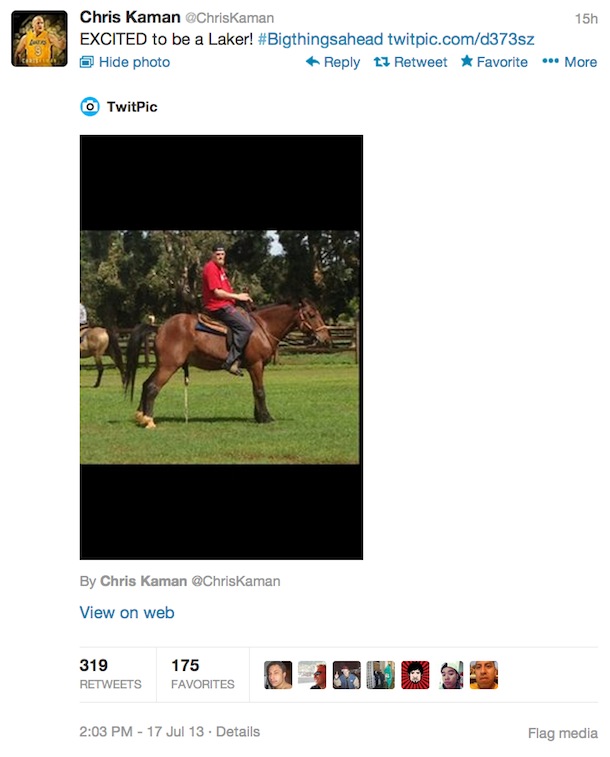