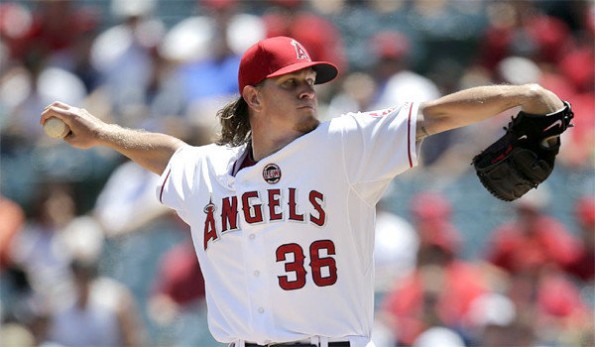 The 2013 MLB season hasn’t been a very good one for Jered Weaver by his standards, as he entered last night’s contest with a 4-5 record and a 3.30 ERA.  But a start against the lowly Minnesota Twins was exactly what he needed in order to improve upon those numbers.

Weaver put forth his most dominant effort of the season against the Twinkies, as he pitched a season-high eight innings, allowing just two hits, one walk and zero earned runs while striking out a season-high nine batters during the Angels’ 1-0 victory.

With the win, Weaver improves his record to 5-5 while lowering his ERA to 2.98.  Both he and the Angels still have a long way to go if they hope to turn around their disappointing season and make a run for the playoffs.  More performances like this from their pitching staff would certainly help, as Weaver earns “The Stat Line of the Night” for Wednesday, July 24, 2013.