Someone Was Making it Rain at a Baseball Game Again (Video) 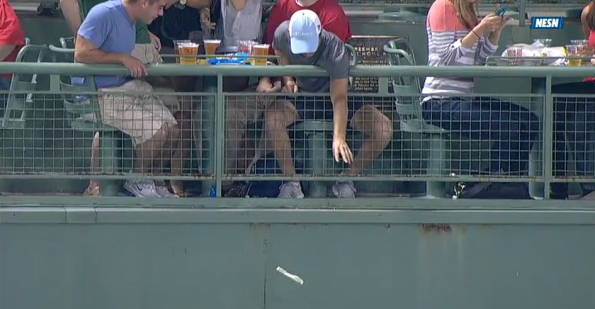 On Monday, we told you how a company called 5K Tailgate “made it rain” from the upper deck during a Mariners game at Safeco Field.  Last night, it was raining money once again at an MLB ballpark.

On second thought, perhaps it would be more appropriate if we said it was “spitting” money, as a Red Sox fan seated in the upper deck at Fenway dropped a single dollar bill onto some lucky fans below.

Great catch!  That should buy you about an eighth of a hot dog, or a tenth of a beer.