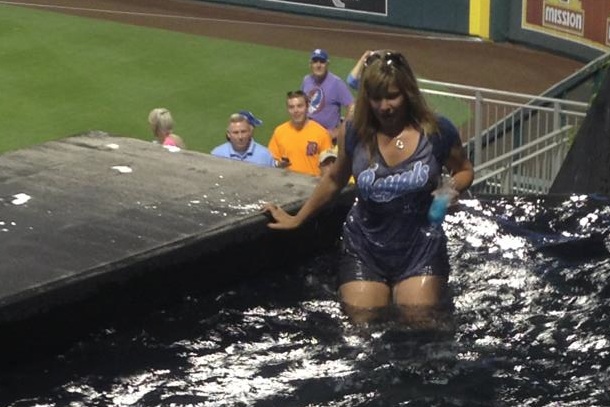 Kansas City is one of the better places to take in a ballgame in 2013. Not only does the local team not suck for a change, but the renovated Kauffman Stadium is one of the finest ballparks, featuring perfect lines of sight, a gorgeous high definition jumbotron visible from space, and lovely fountains wrapping around the entire outfield.

Of course, those fountains I just mentioned are supposed to be decorative. However, at last night’s game between the Royals and Twins, one female Royals fan decided to jump in and see how well they could function as swimming pools.

Now, it should be noted that the fountains in Kauffman Stadium are not very accessible to fans. To get in them, some pretty treacherous scaling and balancing is required.

Here’s a look at the area we’re talking about: 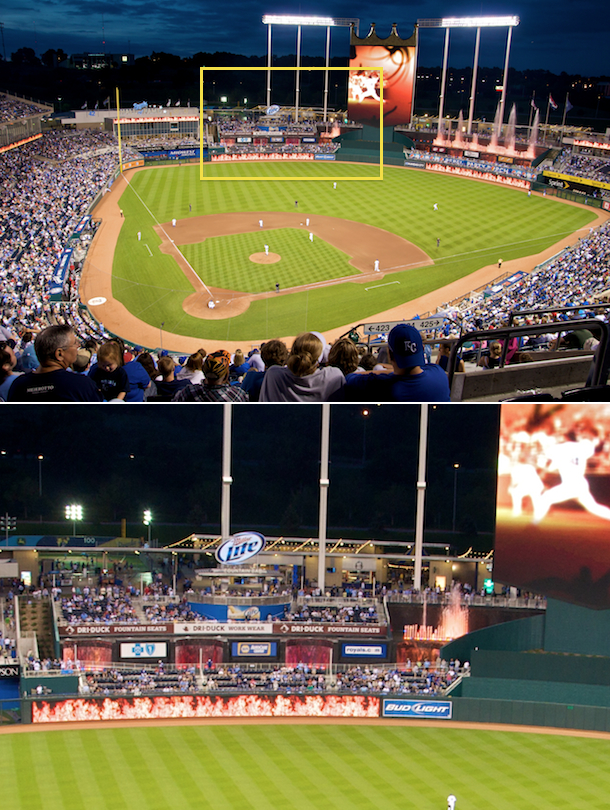 See what I’m saying? So while you would assume the Kauffman swimmer was plastered, she in fact could not have been that drunk, or else she probably would have fallen to her death.

I mean, take a look at these photos of her escapades:

Now check out a couple of fan videos. You’ll note that I’m not the only one who thinks she’s lucky to be alive after this:

The crowd enjoyed the diversion from Kansas City’s 13-0 blowout victory over the visiting Twinkies, and it looks like the woman had a pretty good time as well. However, we’ll see how fondly she recalls her swim after she finds out about all of the fines and legal fees she has to pay.