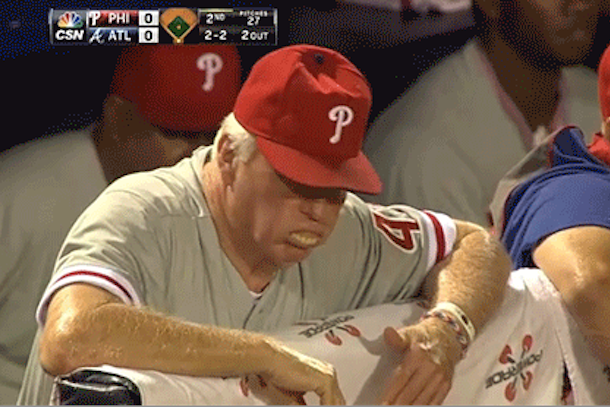 Okay, they’re not that old. But they’re old. And nowhere are they older than right at the top. Manager Charlie Manuel is 69 this year, and he is really looking like a crusty old-timer these days, from the way he puts a dent in his hat just so, to the way he likes to spit out his dentures and then suck them back in.

Yeah, you heard me. The dude spits out his dentures and then sucks them back in. It’s a lovely little trick.

Someone get this man some Fixodent!