>Total Pro Sports
NBA
Is This The Most Insane Basketball Shot Of All-Time? (GIF)

Is This The Most Insane Basketball Shot Of All-Time? (GIF) 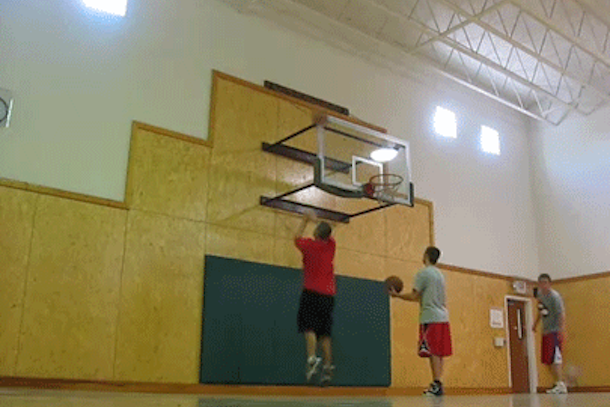 There’s a channel over on YouTube called CKDTrickShots, and pretty much all the videos are of a bunch of high school kids in Oregon making ridiculous trick basketball shots. They started about three years ago and really only went strong for a year before the real world (college, maybe?) took a bite out of their free time. However, in that very short span, these dudes caught some absolutely ridiculous trick shots and even made it on ESPN a couple of times.

What’s most amazing, however, is the fact that their YouTube channel never really blew up. Somehow, their top video only has 84,256 views (at time of writing), despite that fact that it’s ridiculously awesome. And you would think getting on ESPN would get you a couple hundred thousand views at least, if not a couple million.

However, last night a Reddit user named “StickyMan” posted a GIF of their most insane shot ever, and it has already got 2,742 up-votes (again, at time of writing) because it is flat out ridiculous. So these guys might finally get the recognition they deserve.

Count ’em. That’s not one, not two, but seven lucky bounces.

Anyway, like I said, these guys aren’t really active anymore, but they really should be. So go on over to their YouTube channel and start watching their videos so they’ll drop out of college and make more.