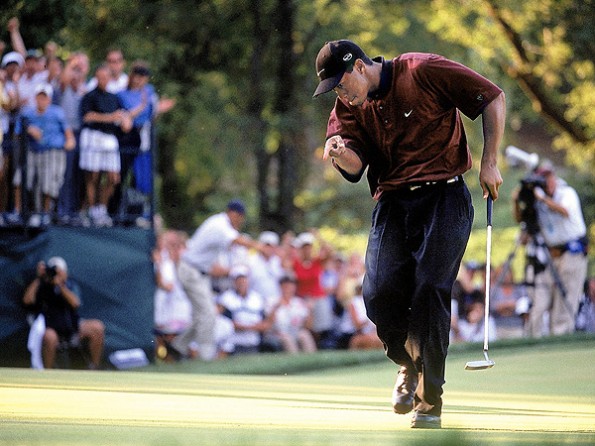 Tiger Woods was an impressive 18-under par after 72 holes, and while that was enough to set a PGA Championship record (which he equaled once again in 2006), it was not enough to earn him the title without a three-hole playoff, as he was still tied with Bob May after four rounds of play.  However, Woods would birdie the opening playoff hole, and record back-to-back pars on the following two holes to wrap up the tournament and become just the first player since Ben Hogan in 1953 to win three Major Championships in a single calender year (he also won the US Open and the British Open).

Tiger would also go on to win the 2001 Masters, making him the first, and only, player in the Masters era to win four consecutive Major Championships.