When Texas Tech Students Ring the Bell at Home Football Games, It Looks Like They’re…Well, You Know (Videos) 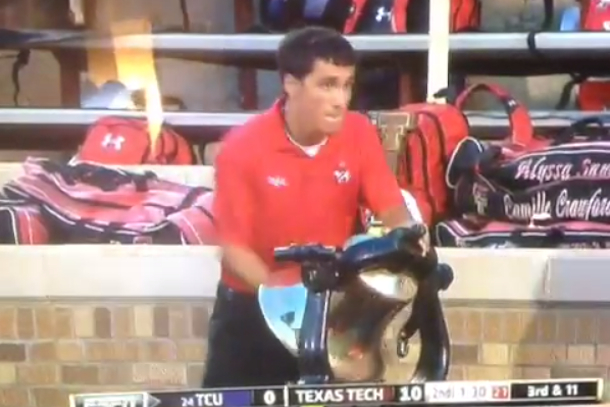 College football would be nothing without the traditions, and at Texas Tech they love them some cow bell. After every victory, members of the High Riders or the Saddle Tramps—two different spirit organizations—go up in the bell tower in the administration building and ring the bell for 30 minutes. On top of that, the Saddle Tramps also bring a portable bell on a trailer called “Bangin’ Bertha” (seriously, what’s with these names?) to all home games, and one lucky Red Raider gets to, uh, bang her whenever the situation requires it.

Here is the guy who had the honors last night, goin’ to town:

As you can see, he looks a little wary of bangin’ Bertha right there in front of everybody, but he’s doing his very best.