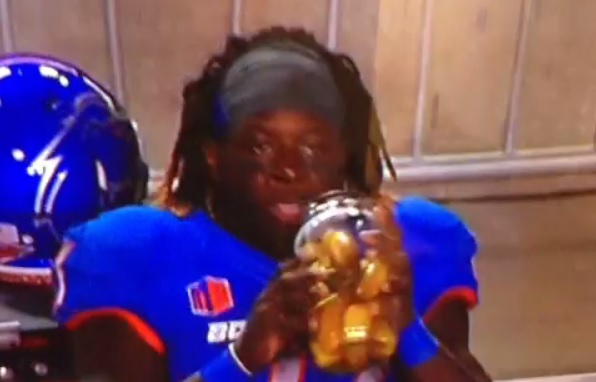 We’ve all been there—you come home from a hard day of thirsty work or play, and you quench that thirst with a lukewarm jar of pickle juice (with the pickles still in it, of course, this isn’t kindergarten). That’s exactly what one Boise State player decided to do in between plays during a recent game.

The player was captured on a Vine from Vine user Big Cat, and the player’s name is Jay Ajayi. The Boise State running back also scored two touchdowns during the game’s fourth quarter, so there must be something pretty effective about drinking pickle juice.

You can check out the Vine of Boise State’s Jay Ajayi drinking pickle juice during a game below.

Doesn’t it make you thirsty?