15 Players to Watch During the 2013 MLB Postseason 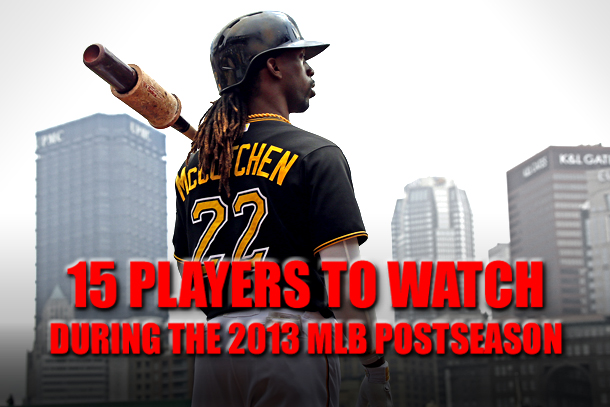 The 2013 Major League Baseball Postseason gets underway tonight with the first of the two Wild Card games. How is it all going to play out? That’s a tough question to answer any year, but this year it’s pretty much impossible. The Red Sox look great, but pretty much every team could take the whole thing if a few breaks go their way. So let’s not even pretend like we can say who will win the World Series.

Instead, let’s take a look at the individual players you’ll want to keep a close eye on. These aren’t necessarily the best players in the postseason. For example, this list does not feature the game’s best hitter, Miguel Cabrera, nor does it feature the game’s best catcher, Yadier Molina. Instead, it features difference-makers who may have flown under the radar, or guys who have untapped potential, or guys who have under-achieved this year. You get the idea.

So ready to get pumped for October baseball? Good. Get clicking. 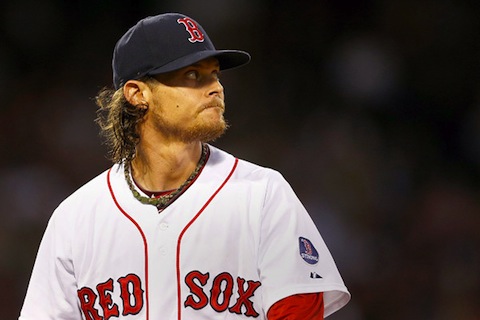 Up first we have Red Sox pitcher Clay Bucholz. The 28-year-old got off to an incredible start to the 2013 season, going 9-0 with a 1.71 ERA. However, he went on the disabled list in mid-June and only returned to action in September, when he made five starts. Obviously the Red Sox rotation held up well without him, thanks especially to John Lackey and Jon Lester. But if Bucholz can pitch in October the way he did in May, the Red Sox will be pretty hard to beat. 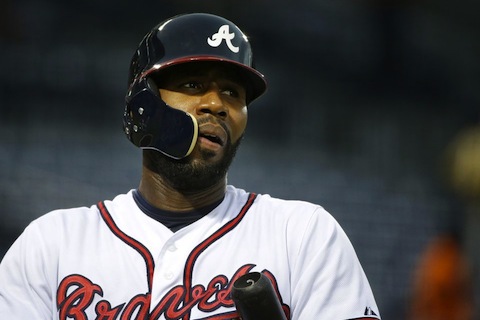 The Braves' 23-year-old right fielder hasn't been as good this season as he was last season or in his rookie campaign of 2010. However, they stilled his presence in the lineup from August 21 to September 20, when he was out with a broken jaw after getting hit by a pitch. If he regains his form and plays like the 4+ WAR player that he is, the Braves are a different team. 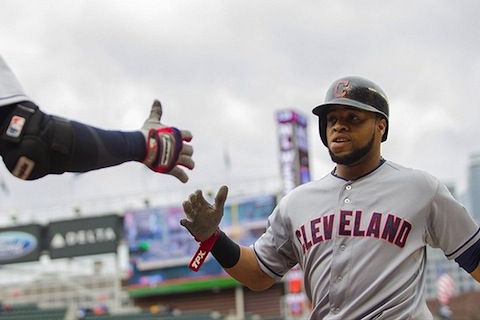 No, I'm not talking about the musician. I'm talking about the catcher for the Cleveland Indians. He's good. If he played for, say, the Yankees, then you probably would have heard of him, what with his .268/.377/.455 batting line, 20 home runs, and whopping 5.5 Wins Above Replacement. However, he plays for the Cleveland Indians. That means, if you don't follow baseball that closely, you might not know who he is. But you should. 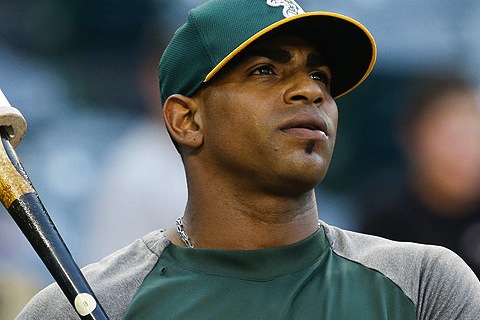 Hey, remember that guy who won the Home Run Derby this year at the 2013 MLB All-Star Game? Yeah, he plays for the Oakland A's, who just so happened to win the AL West crown. The second-year Cuban defector had below-average BA and OBP this year, but his power numbers were still decent. If this guy gets hot this month, look out. The Athletics were already an exciting team when he was struggling. 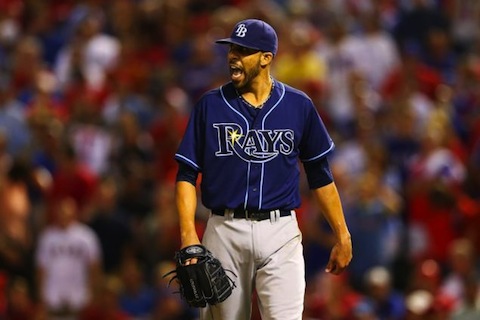 The 2012 AL Cy Young Award winner got off to a very rocky start to the 2013 season. Maybe he had a Cy Young/postseason hangover or something, but when he hit the DL in mid May, his ERA was 5.24. However, Price returned in July and went 5-1. Then he went 2-1 in August and 2-2 in September, bringing his ERA down to 3.33 for the season. If he pitches like an ace again in October—like he did last night against the Rangers in the Wild Card tie-breaker—the Rays can go deep into the postseason. If he pitches like he did in April, on the other hand, they are toast. 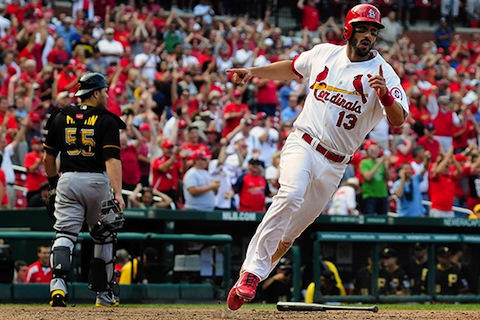 Still haven't heard of this guy? Well, he's only the most valuable (as measured by WAR, anyway) player on the best team in the National League. The 27-year-old second baseman hit .318/.392/.481 this year, leading the NL in runs, hits, and doubles, racking up an impressive 6.6 Wins Above Replacement. The Cardinals are a really deep team, but this guy is the center of their offensive. 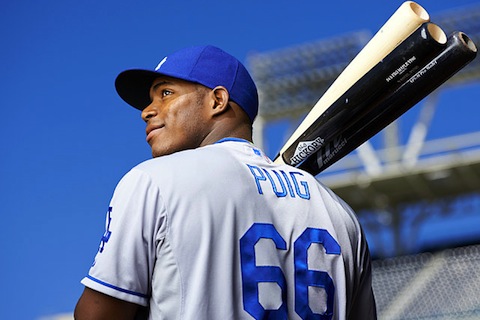 Yeah yeah yeah. You've heard the hype. But let me tell you, it's not just hype. This kid is the real deal. Sure, he's young and stupid and he makes mistakes and he pisses people off. But he also hit .319/.391/.534 with 19 home runs in only 432 plate appearances this year...and he has a cannon for an arm. This guy could single-handedly win a short series, so set up a push notification on whatever sports app you have on your phone so you can watch him when he comes to the plate. 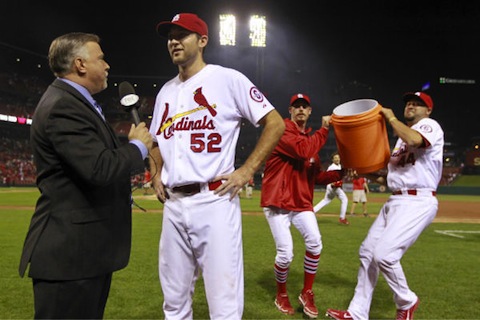 Fresh out of college, this kid was the best pitcher the Cardinals had in spring training, and everyone who saw him said he was ready for the big leagues. However, the Cardinals decided to keep him in the minors and limit his innings, and only used him sparingly in the majors...until September. In September they let him loose, and all he did was start five games in which he allowed just six runs. Oh, and he came within one out of a no-hitter last week. In short, this kid is fresh, his stuff is nasty, and the league isn't familiar with him. That's a recipe for October domination. 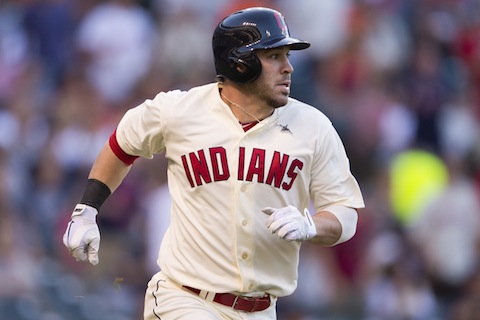 Who what now? Jason...is it Kipnis? Yes, Jason Kipnis. He is 26, he is the starting second baseman for the Cleveland Indians, and he is good. Like, if he was a free-agent the Yankees would sign him to replace Robinson Canoe because he'll be a much better value, good. This year he hit .284/.366/.452 with 17 home runs and 30 stolen bases for a WAR of 5.8. So no, the Indians are no fluke. 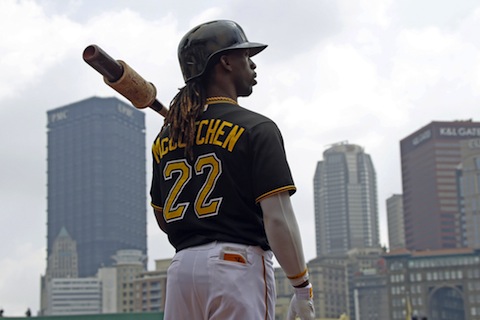 Of all the players on this list, Andrew McCutchen is the one who doesn't quite fit. He is an established star, and he performed up to expectations this year (.317/.404/.911 with 21 home runs). So maybe I should have talked about Pedro Alvarez, or Gerrit Cole—you know, Pirates with whom you may not be that familiar. However, I just couldn't. McCutchen is one of the most exciting players in baseball, and if the Pirates do anything in the playoffs he will be at the center of it all. Moreover, should they manage to win the whole thing after 20 years of losing, McCutchen will be one of the greatest sports heroes Pittsburgh has ever known. So watch him. 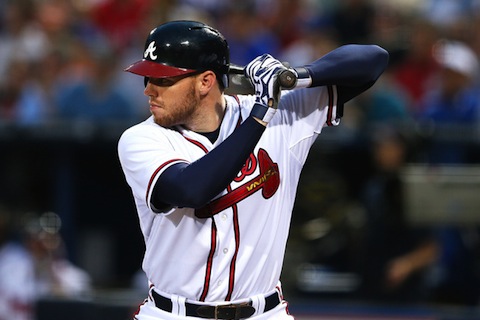 Freddie Freeman is only 23 years old and 2013 was his breakout season, so you can forgive yourself for not knowing much about him. Just make sure you keep an eye on him from now on. The Braves first baseman hit .319/.396/.501 this year with 23 home runs and 5.4 WAR. That's elite production already, and he's still 4-5 years away from his peak. 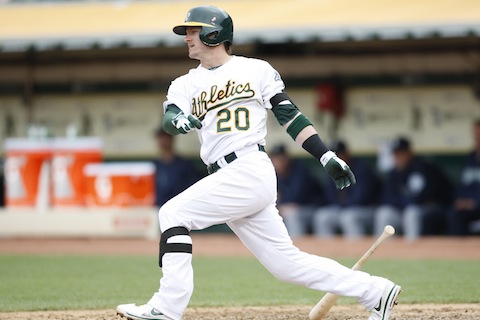 I think it's safe to say that the Oakland A's might not have won the AL West without this guy who most people haven't heard of— third baseman Josh Donaldson. What did he do? Oh, he just hit .301/.384/.499 with 24 home runs and 5.7 WAR. If he's that good in the postseason, the A's are going to be tough. 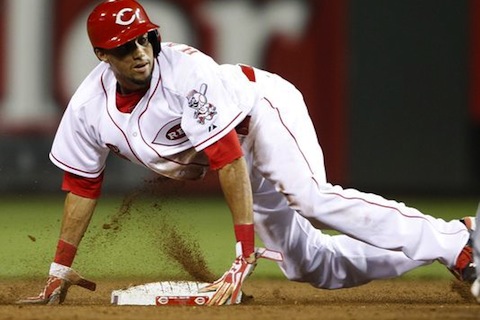 Billy Hamilton is just 22-years-old, and he only got called up by the Reds in September, appearing in 13 games and getting just 22 plate appearances. Did he do well in those plate appearances? Sure. He hit .368/.429/.474. But that's a small sample size, and it's not what he is in the majors to do. Billy Hamilton is in the majors to steal bases. This is the kid who set the professional baseball record by stealing 155 bases in triple A last season, and who swiped 13 in his 13 games this year—including four in his first ever start. No other team has a weapon like this in the postseason, and if the Reds are trailing by a run late in a game and they get a guy on base, Hamilton will be put in the game, he will steal second base, and it will be exciting as hell. 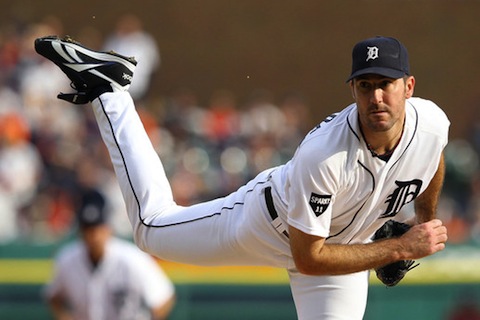 Justin Verlander is a superstar. In 2011 he won the AL Cy Young and the AL MVP Award. In 2012 he had a 2.64 ERA, led the league in strikeouts and innings pitched, and finished second in Cy Young voting. In 2013, unfortunately, Justin Verlander was not that amazing in 2013. Was he above average? Well, he had a 3.46 ERA and 217 Ks, so yes, he was above average. But he was not Verlander-like. Now, the Tigers can still win without Verlander at his very best, because they still have Max Scherzer and AL ERA champ Anibal Sanchez. However, if Verlander is at his best (along with those two), the Tigers can pitch their way back to the World Series...and maybe even win this time. 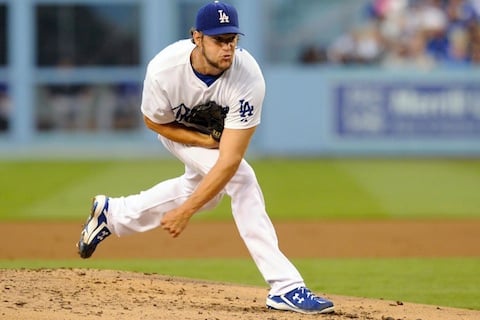 That being said, the best pitcher in the 2013 MLB postseason is still Clayton Kershaw. He won the NL Cy Young in 2011 and will almost certainly win it again this year. However, he's had precious few opportunities to pitch in the postseason so far in his young career because the Dodgers have been so mediocre. All that can change this year. Kershaw is the kind of pitcher who can crush an opposing team's spirit and almost single-handedly win a championship. With a sharp Zack Greinke behind him, the Dodgers can go a long way in the postseason. And if they win the World Series? Well, lets just say Kershaw will have taken his first step toward the Hall of Fame.