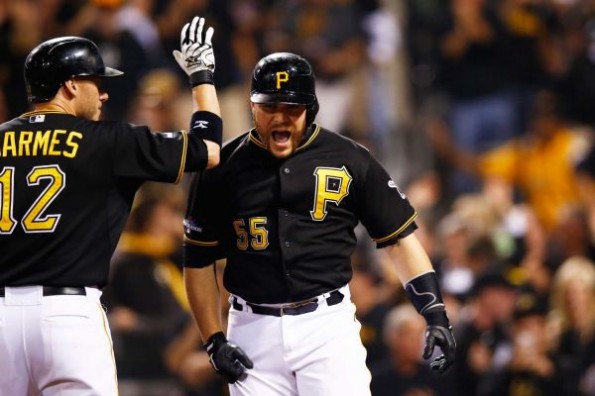 For a long time the Pittsburgh Pirates have been the laughing stock of Major League Baseball, but on Tuesday they had the opportunity to put that shameful past behind them and record their first playoff victory since 1992.  They would capitalize on their opportunity thanks in large part to the bat of their Canadian catcher, Russell Martin.

In four plate appearances on the evening, Martin went 3-for-4 with two homers, two RBIs and two runs during the Pirates’ 6-2 victory.

With the win, Pittsburgh now advances to the NLDS, where they’ll meet the St. Louis Cardinals in a best-of-five series.  Some more offensive outputs like this one from Martin would certainly help the Bucs get past their division rivals, but for now he earns “The Stat Line of the Night” for Tuesday, October 1, 2013.