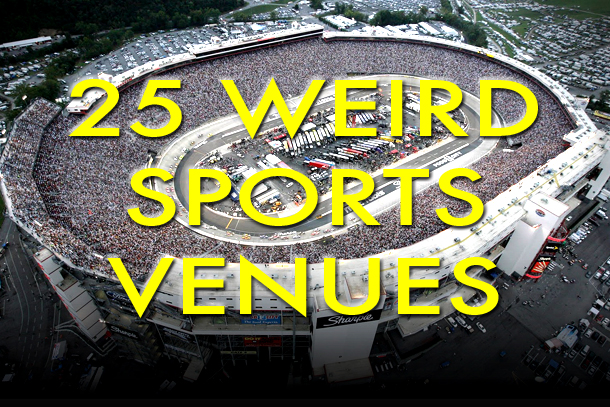 Yesterday some pretty awesome college football news leaked. In 2016, an anonymous source confirmed, the University of Tennessee Volunteers will play the Virginia Tech Hokies at one of the most awesome sports venues in America: the Bristol Motor Speedway.

Now, in case you’re not familiar with the Bristol Motor Speedway, it’s located in the eponymous town of Bristol in northeastern Tennesse, where the state butts up against the far southwestern reaches of Virginia. It’s what they call a “short track” venue, with the track measuring just half a mile long. (By comparison, Daytona is 2.5 miles long.) And because of this short length, it’s one of the only venues in NASCAR that is actually a stadium…that seats 160,000 fans. So you know what that means, right? When the Vols and Hokies play there in a couple years, it’s going to shatter the record for largest attendance at a football game, which is 115,109 and was set at Michigan’s Big House this past September.

Of course, even if by some miracle this game does not set the all-time football attendance record, it’s still going to be awesome because of the unique venue. And today, in honor of the announcement, we’re going to take a look at 25 other weird venues that sporting events have been held in throughout the years.

Ready to take a look?