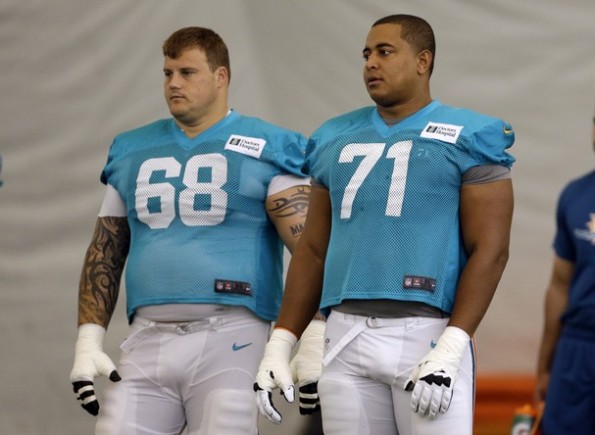 When offensive tackle Jonathan Martin left the Miami Dolphins last week for undisclosed reasons, many wondered exactly what had driven the 2012 second-round draft pick to snap.  At first it was believed that a prank by his fellow offensive linemen in the team cafeteria—they jokingly refused to sit with him—was what caused him to flip out and leave the Dolphins so that he could enter a treatment facility.

Now we are learning that the cafeteria incident was just the final straw in what was a lengthy stint of abuse that Martin was enduring from Dolphins guard Richie Incognito.

According to the NFL Media’s Albert Breer, Martin shared a number of voice mail and text messages with his parents on Saturday, before turning them over to the Dolphins and the NFL on Sunday.  Reports indicate that the messages were mainly from Incognito, but center Mike Pouncey may have also been involved.

One of those voice mail messages from Incognito went so far as to include racial slurs and threats of violence.  An transcript has since been released.  You can check it out below:

As you’ve probably assumed by now, Incognito has been suspended indefinitely by the Dolphins.  Both the league and the Dolphins organization plan to review the matter further and Miami head coach Joe Philbin is expected to speak to the media later today.

At this point, there’s no telling how this will affect the Dolphins (4-4) after they were able to end their four-game losing streak with an overtime win over the Cincinnati Bengals on Thursday Night Football.  My guess is it probably won’t help their already-fading playoff chances.