According to Vine, Senaca Wallace Throws Like Uncle Rico from ‘Napoleon Dynamite’ (Video) 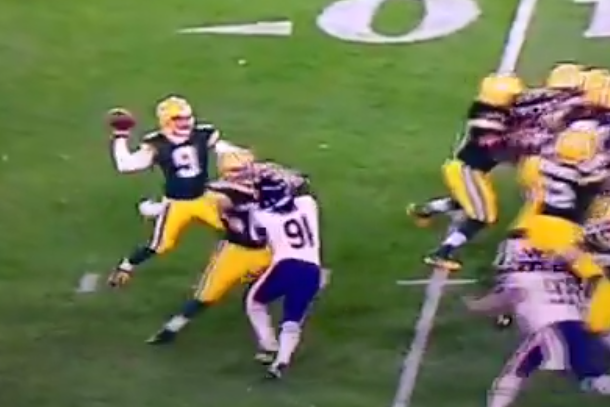 The other night, when Aaron Rodgers broke his collarbone, if you weren’t a Bears fan you probably turned your TV off right then and there. After all, who else but a Bears fan would want to watch Chicago backup QB Josh McCown face off against Green Bay backup QB…wait, what’s his name again? Oh, right. It’s Senaca Wallace.

Anyway, like I said, you probably turned your TV off when you realized you weren’t going to watch Aaron Rodgers. And that was probably a wise move, because Wallace completed 11 of 19 pass attempts for 114 yards and a 53.4 passer rating in the 27-20 loss.

There was one bright side, however. As one brilliant Vine user observed, Wallace does throw the ball just like another very famous quarterback.

Who, you ask? Why, Uncle Rico from Napoleon Dynamite.

See there? If you had kept watching the game, you at least might have picked up on that and had a good laugh.

Okay, seriously though, how terrified are Packers fans right now?