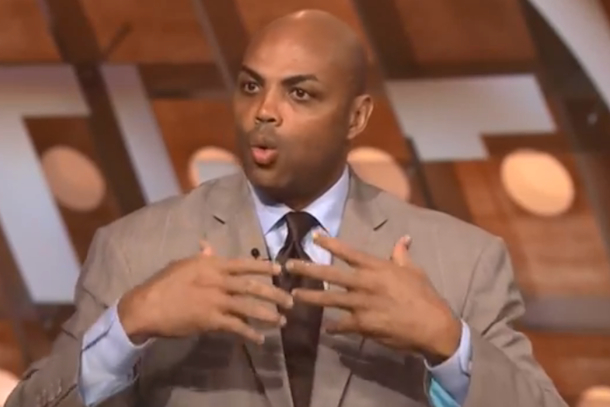 This week, the use of the n-word by professional athletes has become a major topic of discussion in the world of sports.

Obviously, it all started with the Miami Dolphins scandal. Jonathan Martin accused Richie Incognito and other Dolphins teammates of bullying and released the transcript of a voicemail in which Incognito directed the word at Martin. Then Incognito sat down for an interview and admitted to using the word, claiming it’s actually thrown around quite a bit inside the locker room by guys of all races.

Then the debate got dialled up a notch yesterday. On Wednesday night, Los Angeles Clippers forward Matt Barnes got ejected from a game against the Thunder and then took to Twitter to vent his frustrations. His tweet? Yeah, he dropped an n-bomb in reference to his teammates.

You get the idea. These are some complex, difficult questions.

Luckily, in times like these, we have a learned and philosophical man to turn to with all our questions: Charles Barkley. Last night on TNT’s Inside the NBA, Sir Charles took a few minutes to explain it all.

Put on your thinking cap and take a look:

You got that, everybody? Issue resolved. Now please get back to work.