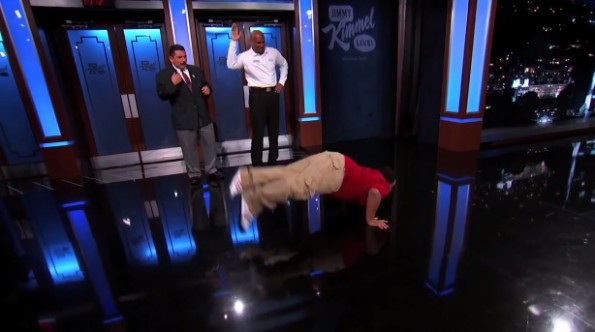 It turned out to be a tight, entertaining battle (the dance-off, not the basketball game), but in the end no one really knows who the winner was.  Those hoping for some closure may have been a bit disappointed, but they’ll be happy to hear that these two dance masters squared off for a rematch last night on Jimmy Kimmel Live!

Awesome, but we still don’t have a winner!  Trilogy, perhaps?