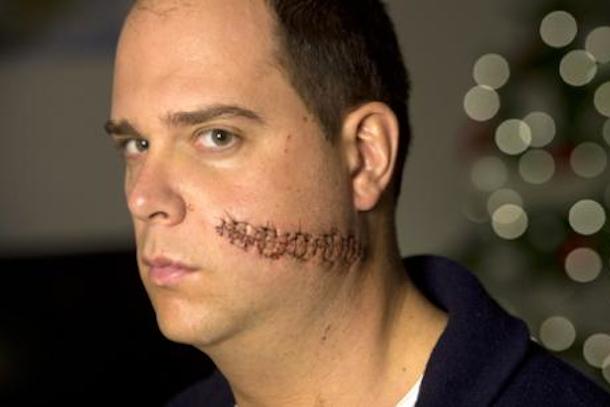 The man you see in the image above is Sebastien Corcelles. He’s the captain of the Thetford-Mines Isothermic of the Ligue Nord-Americaine de Hockey, a low level semi-pro minor league based in Quebec that specializes in goon warfare. And yes, those are stitches. I’d tell you how many but I don’t think anyone’s bothered to count, so let’s just say there are a lot.

On Saturday night in Saguenay, Quebec, during a game against the Trois-Rivieres Viking, Courcelles was checked by Jean-Michel Bolduc and fell to the ice. Then Bolduc’s skate slashed open his cheek.

At first Courcelles didn’t know how bad it was. He just knew he was bleeding. Then he heard his brother Simon Courcelles, who also plays for Isothermic, shouting at him to apply pressure and then telling someone to call 911. And because his brother also happens to be a paramedic, at that point he knew it would be bad.

As it turned out, the gash had severed a nerve in his face, and he Courcelles would require two hours on the operating table just to get it all stitched up. And according to TVA Sports, when he saw the scar in the mirror after the operation, he turned green and nearly fainted—which is pretty understandable.

So, do you think you’re up for seeing the wound before surgery? Well, if you think you are, take a moment to think it over one more time just to be sure. The image you are about to see is absolutely horrifying.

Okay, here it is: 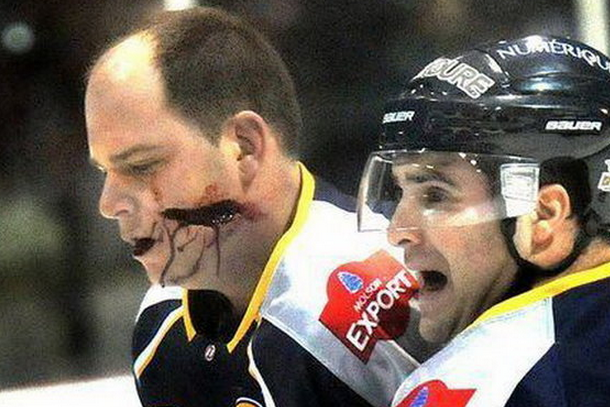 Of course, Courcelles says he hopes to be back on the ice this Friday. After all, he is a hockey player.